This Live Music Week, we're pulling from our archive and playing some great at home performances, some recorded *nearly live* this week, and some going back to 2008. Here's a few things to listen for.

Laura Veirs plays two short songs from her home in Portland, Oregon both off her gorgeous new album My Echo. It's just her and her guitar, in an empty bedroom, and her acoustic take on 'Burn to Bright' gives me goosebumps.

The Backseat Lovers- Monday at 6pm

These guys absolutely rock. This is an ERS exclusive the band played from their home in Salt Lake City. For a band all in their early twenties who've been together just a couple of years, they're incredibly tight. I dare you not to cheer when they hit the breakdown in "Kilby Girl."

A gem from our live vault, Gary Clark Jr. played live on 88-9 in 2010. This set is a true time capsule; Clark went on to play TT and the Bear's Place in Somerville that night, a long gone launchpad for artists on their first tour. Listen to the end of 'Bright Lights' as Clark overcomes a surprise obstacle that only makes the song stronger.

One of our coolest discoveries last year was bassist Nana Adjoa. It was so exciting to have her play an at home set for us, and even cooler that she brought her whole band! Don't miss the irresistible groove of "No Room." Nana is one of those artists I recommend to anyone who'll listen.

This is one of the coolest mixes in our vault. Long before the 12 piece band, the vocoders, and becoming one of the most in demand producers out there, Bon Iver was just Justin Vernon's aching falsetto, and his guitar. This is all the way back in 2008, and the solo version of "For Emma" is not to be missed.

The Suitcase Junket - Wednesday at 6pm

This one is new! Matt Lorenz is a one man band from Amherst who plays the guitar, the sack of bones, and the suitcase all at once. He has a beautiful voice to go with the ramshackle assembly, and one of the best whistles in the business.

Bonus performance: Don't forget to listen to Wicked Local Wednesdy at 9pm! We have an at home performance from Olivia Wendell, who's making the radio debut of her love song to Stop and Shop.

Kaleo made their first ever radio appearance in the U.S. on ERS. This was back in 2016 when we hosted Reykjavik Calling at the Middle East. They open with their hit "All the Pretty Girls;" when the band digs in for the climax of the song you'll hear why we all think Kaleo is one of the best live bands out there.

Flock of Dimes - Thursday at 6pm

My favorite thing about our live studio is the 1936 Steinway Baby Grand. When Flock of Dimes stopped by in 2016, Jenn Wasner immediately said "I have to rearrange the set. Is it okay if I play this?" We found a way for them to take a half hour and hash out a beautiful, and never repeated version of "Semaphore." It was worth the wait.

A bittersweet set: this is from February of 2020. It's one of the last performances we taped pre-pandemic. The sweet part: capturing a band right on the edge of national fame, newly Grammy Nominated for Best New Artist. You'll hear exactly why we've saved this beautiful acoustic performance for the last day; it's one of the best we've ever had.

A local star about to rise! This is Frances Forever in summer of 2019, before they'd written "Space Girl" and taken off to the stratosphere on TikTok. This performance is real, charming, and shows incredible talent. It was just the beginning. 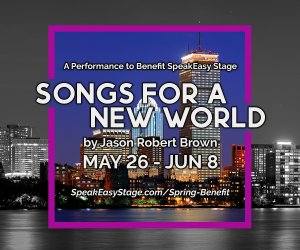