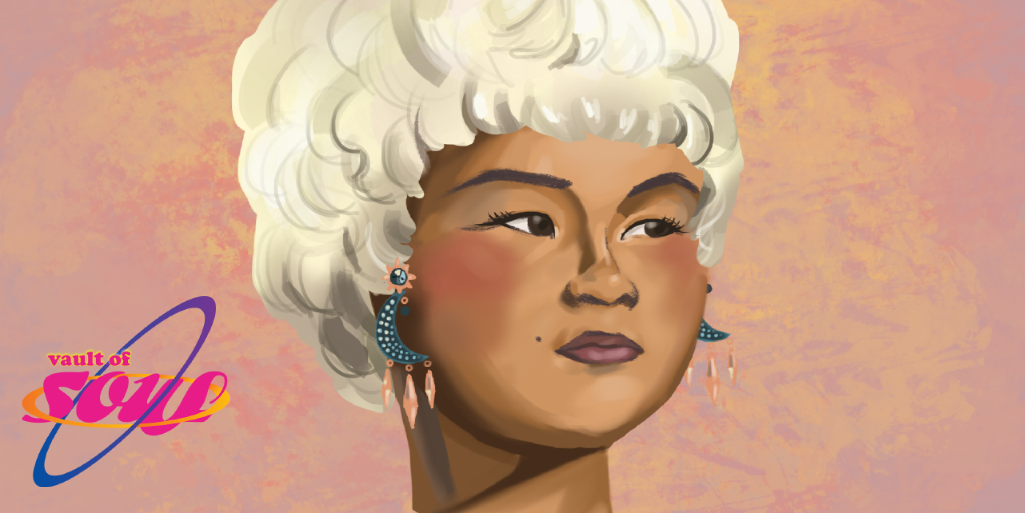 Welcome to The Vault of Soul, a new series on our WERS Music Blog. Step inside the vault to discover the life and legacy of some of the world's greatest soul artists, both past and present. From the trailblazers of Motown and disco, to a new generation of rappers and R&B legends, The Vault of Soul has it all.

Interested in exploring the soul genre beyond the vault? Listen to 88.9 every night from 10 pm to 2 am to The Secret Spot, where host D Danubian will wind you up and then simmer you down with a blend of smooth R&B, vintage soul, and slow jams.

In this inaugural Vault of Soul post, we're covering the diverse and revolutionary career of legend Etta James:

The blues, R&B, and soul icon Etta James was born on January 25th, 1938, as Jamesetta Hawkins in Los Angeles, California. Hawkins had a rough upbringing due to her father's absence and her mother's inattentiveness, but her talent allowed her to escape the limits of her hardships. After years of singing for her church choir, she met R&B talent scout Johnny Otis when she was fourteen. In the early ’50s, Otis signed James' girl group – known then as The Creolettes – to Modern Records and renamed them The Peaches. Under Modern Records, Otis also reenvisioned Hawkins as Etta James.

In 1960, after leaving The Peaches and finding little success as a solo artist under Modern Records, James joined Chess Records and released her first album, At Last! later that year. In the ’60s, she collaborated with Harvey Fuqua and childhood friend Sugar Pie De Santo. In addition, she produced around 30 studio albums in five decades.

Later in her career, James performed with her sons, Donto and Sametto James. In 2008, James was diagnosed with Alzheimer's and her health worsened. Before her 75th birthday, she died in Riverside, California, on January 20th, 2012 due to leukemia.

Who Etta James was Influenced by

Since her childhood, Etta James found inspiration from Billie Holiday. Growing up, James recalled her mother singing along to Billie Holiday while getting ready to work at a bar. Etta James fell in love with the way Holiday passionately expressed pain, and chose to emulate it later in her own music. In 1994, James released a tribute album called Mystery Lady: Songs of Billie Holiday.

Blues singer Johnny "Guitar" Watson influenced Etta James' vocal style as well. As they toured together, Watson altered standard singing with a blues-styled voice, and James used that down the road in her own work.

Etta James' style of music influences countless artists, even to this day. Thanks to James, British singer-songwriter Adele is an icon of contemporary soul and R&B. The 32-year-old musician recalled singing along to James' music to get familiar with her own voice. Rolling Stones singer Keith Richards has also cited Etta James as an influence. In his book Life, he considered her not only an R&B influence but also his "rock-and-roll wife."

In America, Etta James's music has inspired soul and rock singer Janis Joplin, who listened to James live as a kid. James even influenced R&B and pop singers like Beyoncé. After playing Etta James in the 2008 film Cadillac Records, Beyoncé said that her music has "more confidence."

"At Last" is undeniably James's most famous song. It's about the euphoria of being in love. However, did you know the song is actually a cover? Mack Gordon and Harry Warren wrote the ballad for the musical, Sun Valley Serenade, in the 1940s. Nearly two decades later, Chess Records' Argo branch arranged a new melody for Etta James to sing. The slow, soulful tune and James's passionate vocals turned it into a hit love song. For decades, this version of "At Last" has been a go-to wedding ballad.

"Stormy Weather" is another cover-turned-hit from James's first album, At Last! This gloomy song is about the unbearable separation of lovers and the desperation to be with each other again. In 1933, Harold Arlen and Ted Koehler wrote the song, and many artists – like Frank Sinatra – covered it. However, Etta James made the most memorable version. Her voice and the changed sound have a stronger impact on one's connection to the words.

"Something's Got a Hold on Me" is the most famous song from the album Etta James, and it is yet another love song (a recurring theme in much of James's career). However, unlike "At Last" and "Stormy Weather," this song has an upbeat tune – It gets you excited about the joy love can bring. The song has influenced pop culture from the ’60s to the present. Pop singer Christina Aguilera covered "Something's Got a Hold on Me" for the movie Burlesque, and rapper Flo Rida sampled it for his song "Good Feeling."