The Kooks Continue to Rock Boston

Thirteen years after the breakout success of Inside In / Inside Out, The Kooks continue to produce irresistible indie hits. Touring their latest release, Let’s Go Sunshine, The Kooks paid a visit to Boston. The indie rock band brought the heat to a bitter February night at the historic Orpheum Theatre.

Future Feats kicked off the evening with their manic L.A. energy. When frontman Josh (who needs no surname) wasn’t spraying water into an unsuspecting crowd or precariously balancing on speakers, he ran into the audience, pumping everyone up for the night to come.

Clad in leather and leopard print, Barns Courtney was next on the docket.

The singer’s dual residence in England and America shone through his performance. His sound was influenced by blues while his stage presence was saturated with the drama of British glam rock. After commending a couple for being the first to stand, the rest of the crowd followed suit, finally giving in to the compulsion to dance.

The Kooks honored their British roots by walking out to the sounds of Helter Skelter by the Beatles.

The stage set up was no frills, simply the musicians and their instruments- which was more than enough to capture the crowd. Ranging from teenagers to middle aged, the attendees were a testament to the band’s longevity. The audience were satiated hearing their classic favorites. “Sofa Song” and “She Moves in Her Own Way” were some of the first tracks off the setlist.

Luke Pritchard, frontman and only remaining original member, carried the energy of the show. Pritchard owned the stage with an understated confidence. He humbly thanked the crowd for sticking with them, saying, “We’re now on album five. I can’t believe it. Everyone said they can’t do it.” The crowd cheered for the underdog story.

The band continues to sell out venues over a decade after their first hits blew up on the britpop scene.

Pritchard took a break from his irresistible hooks and choruses to reveal a different sound. He admitted “See Me Now” is the only ballad he’s ever written. The emotional track was dedicated to Pritchard’s father, who died before the musician knew him. The audience swayed respectfully before bursting into applause at the song’s conclusion. A bashful Pritchard thanked everyone.

Diving back into the upbeat sound The Kooks are known for, Pritchard searched the audience for a Pamela. He playfully called out the imposters before playing his song of the same name. The band ended the night with the throwback hit “Naive.” The crowd knew the final track by heart. The nostalgia was palpable, as if the entire theater was transported back to 2006 (when maybe we were all a bit more naive). 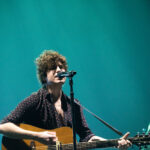 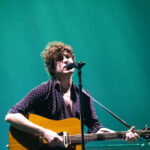 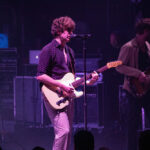 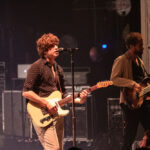 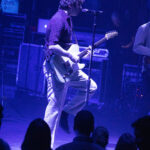 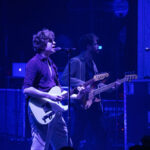 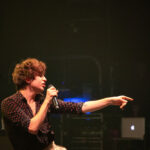 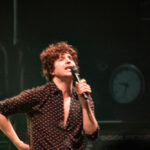 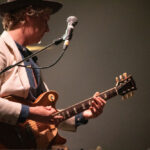 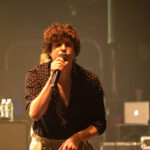 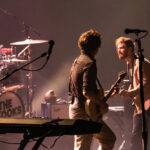 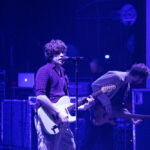 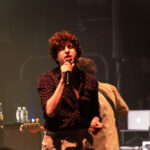 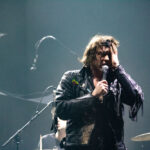 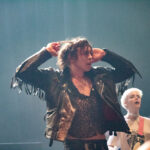 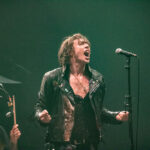 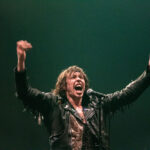 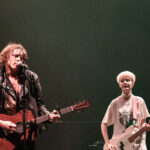 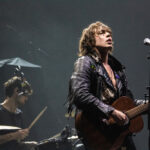 Pick of the Week: The War On Drugs “I Don’t Live Here Anymore”