Steve Earle Live in the Studio

It probably surprised you to suddenly hear the voice of Steve Earle on your radio! Believe us, we were surprised too. The country legend was in town the day before his new album 'So You Wannabe an Outlaw' released, and had a busy day ahead. But the stars aligned and Steve has just enough time for some acoustic versions of new songs, and to chat with our own Phillip Jones.

Check out the full video of the performance and interview here.

Phillip Jones: Thanks for stopping by! Got a busy day, so let’s get into it. The record’s called “So You Want to be an Outlaw”.

Steve Earle: It is. Just really trying to rehabilitate the term “outlaw music”, cuz a lot of people thought it was about… something else, but what it was really about was really a few country artists figuring out that rock musicians were getting to make records the way they wanted to and they wanted to do that to. Willie Nelson, Waylon Jennings… [This record is] largely based on a Waylon Jennings record called “Honky-Tonk Heroes” which was going on when I got to Nashville in the first place in 1974

First Song: “So You Wannabe an Outlaw”

PJ: Awesome stuff. Willie Nelson sings on that song on the record, right?

SE: Yeah, he sings the second verse. I kinda wrote it with him in mind, I was hoping he’d do it, honored he did. I had to go to Hawaii to get his vocal on it, poor me.

Second Song: “Lookin’ for a Woman”

PJ: I was looking at your liner notes on the album; and inside you tell this beautiful story about Nashville in the 70s. Did you revisit any of the material you were working on then when you started this album?

SE: I mean, I didn’t get to make a record til 1986 and I got to Nashville in 1974. If anything, this is kind of a prequel. This is based largely on stuff that everybody I knew in Nashville and Austin was listening to at the time. I actually wrote “Lookin’ for a Woman” and another song called “If Mama Could’ve Seen Me” for the TV show Nashville, and I set them aside cuz I was working on a record with Shawn Culvin. Anything I wrote then that didn’t fit the harmony thing Shawn and I were working on, I’d set it aside. Then after our last tour, I got em out again and I realized there was a thing going on here…I’d been listening to Honky-Tonk Heroes. Then I knew that this new record was gonna be an homage to that time.

PJ: And it sounds awesome; you’re playing the bottom pick-up on your telecaster the whole album.

SE: The back pickup. You know a Fender Telecaster, when you hit the strings right near the bridge it has this signature treble-y sound, and it was something I stayed away from in my own electric guitar playing. I always thought it was a scary thing to do cuz all your mistakes showed up. But I’m a lot better guitar player than I was in 1974. This record, I’m mostly on the back pick-up of a 1955 tele-y.

PJ: You’ve been touring a ton the past few years, you really always have. Anywhere you’re excited to see again?

SE: We’ll be on the road with the record probably this summer and next. Plus, next year we’ll hit the 30th anniversary of Copperhead Road. We’ll be a lot of places, but I like going where I can get a day off an fish with a fly-rod. We’ll be back to Boston around October, Novemeber.

PJ: Looking forward to it! Wanna get into that last song?

SE: Sure. I had two main teachers. Townes Van Zandt, and I wrote a song for him when he passed. Guy Clark passed away just last year, and they were best friends, great teachers. We took Guy’s ashes to Santa Fe to give to Terry Allen to put in a bronze sculpture. That’s what Guy wanted, but I think he’s still on Terry’s mantle while the finish the sculpture. But anyway, we took him out there and when I got home I wrote this. 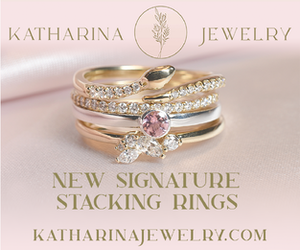 Gem from the Vault: The So So Glos LIVE In Studio