The audience greeted her to loud cheers and applause, and after a quick “hello, Boston Calling,” she started jamming out right away.

As Sidney started playing her first song, the crowd immediately closed in on the barrier, as if she were physically drawing everyone to her. Despite it being a one woman show onstage, Sidney’s quirky, lighthearted, and ultimately super relatable lyrics put smiles on everyone’s faces, and earned her a loyal and excited crowd.

Sidney also introduced every song before she sang it.

It’s something that very few artists do, especially at such big shows. It felt almost like we were her best friends, and she was playing to a small gathering of us instead of a huge audience. The crowd got especially riled up when she announced she was playing one of her big hits, “Impostor Syndrome.”

Before Sidney ended her set, she took the time to talk a little more with her fans.

Though she seemed cool and collected onstage, she admitted to the crowd, “Every time I try to think of banter in advance, it never works out right.” 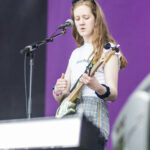 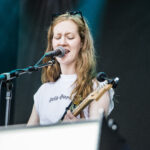 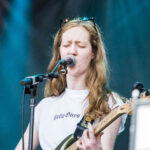 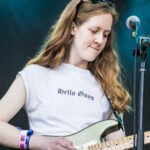 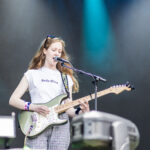 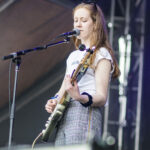 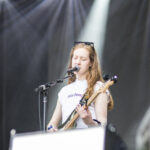 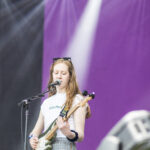