The doors opened almost two hours prior, but the line was still stretching down the street when I got to the House of Blues at about 9. Needless to say, dance/funk band Ripe knows how to draw a crowd in. I could feel the energy emanating off of everyone in the venue the moment I stepped in. The combination of alcohol and amazing music created a strikingly fanatical audience. The Boston natives played to a sold-out crowd at the House of Blues for their second night in a row.

The group ripped open their set with “Beta Male,” which got people headbanging and jumping even in the balconies.

After the song ended, lead singer Robbie Wulfsohn asked how many people were at their show the night before. A roaring applause instantly erupted, letting him know that most of the people there also came to their show the previous night. This type of extraordinary dedication and passion for Ripe became increasingly evident as the concert continued. One guy went as far as to FaceTime his friend, so he wouldn’t miss their performance.

I could feel the love for the band, for the music, and between all the people pouring from the room. In between songs, people cheered as if they were demanding an encore–And it wasn’t like a forced encore that was scheduled into the set, but a genuine desire to hear more. It was deafening and like nothing I’ve seen before. Before I even walked into the building, there were friend groups outside trying to finesse their way into getting tickets.  Many bright blue posters hung on the venue saying the show was sold out, yet they didn't care. They only wanted to get inside. Let me reiterate: People absolutely love this band.

One of my many favorite parts of the night came from their hype man Connor.

Before the show started, I noticed a man wearing a Hawaiian shirt and a fluorescent green bandana standing in between the barricade and the stage. He was throwing out matching headbands to the crowd. When Ripe took the stage, he stayed there passionately dancing along. His moves in just the first twenty minutes ranged from him standing on the barricade pumping his arms up, to clinging onto the stage and headbanging, to getting low and shaking his hips, and to slowly and seductively strutting. Most of the time he looked like he was pretending to be the star of the music video to whatever song was being played. So obviously, I needed to find out who this person was immediately.

That proved to be a very simple task. Because of the crowd’s extreme love for Ripe, everyone seemed to know every detail about the group. And luckily, they were eager to share it all with me. The hype man Connor is a fan who was by far dancing the hardest at a Ripe show a few years ago. Now, he tours with the band to help pump up the crowd. The little details the group puts into the live show, like incorporating a devoted fan, made it incredibly entertaining and refreshing to watch.

Ripe’s show was the definition of fun.

Throughout the entire concert, there was so much full-body dancing. Usually, when you go to shows today, people don’t truly dance. They’ll sway or nod their heads along to the beat, but it’s not nearly as exciting as when people get their whole bodies into it. Friends were rocking out to the songs while taking Snapchat videos, couples were dancing together, while others were on their friend’s shoulders belting their lungs out. On top of all the dancing, fans were also swinging their bright green bandanas in circles and collectively jumping to the rhythm. Even a security guard couldn’t resist joining in on the fun during “Carolee” and slightly danced while nodding along.

Not only was the crowd eccentrically dancing all night, but so were all seven members of Ripe. The drummer, trumpet, and trombone players jammed out together toward the back. Meanwhile, the guitarists and bassist headbanged, jumped from risers to land as the beat dropped, and even stepped along to the groove in a moonwalk-fashion. The lead singer romped around the stage engaging the crowd and showing off his innovative and interesting moves. At one point he even laid down on his back and inched his way backwards to get in between the rhythm guitarist’s legs and through. Combined with the crowd and hype man Connor, it was all extremely entertaining and funny to watch. Their simple Spotify bio that reads, “Come dance with us,” genuinely captures what this band's live shows are all about.

Nashville natives The New Respects vibrantly opened up the show.

If you’re looking to see an incredibly fun, uplifting, and all-around groovy performance, I’d definitely check these guys out. The four-piece family band consistently wowed me.

Their original songs were super catchy and made everyone start dancing early in the night. However, they also covered the Beatles' song “Come Together.” Normally, I’d say stay away from even attempting to compete with flawless classics like pretty much any Beatles track, but these guys absolutely crushed it. Everyone in the crowd whole-heartedly sang along. People who didn't know the words just screamed whenever they were amazed (which was very frequently). The New Respects were the perfect band to enliven the audience for the wild Saturday night that was up ahead. 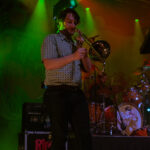 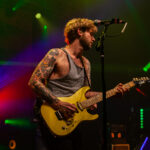 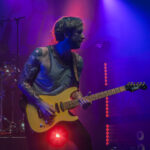 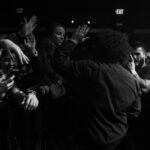 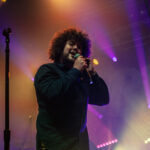 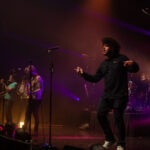 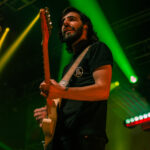 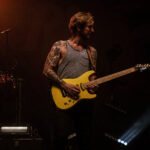