When I was told I would be going to an Illiterate Light show at Great Scott in Allston, I immediately anticipated a beer-drinking, alt-rock loving, bar-crawling crowd. So, ready to check off another item on my Boston music bucket list, I threw on my best earth-toned jacket and corduroy pants and hopped in my Uber. While I was not off base with the type of audience guitarist and lead singer Jeff Gorman and drummer Jake Cochran would draw, I had no idea that I was about to witness the loving, devoted relationship Illiterate Light had cultivated with their fans.

After arriving at Great Scott, I quickly claimed my spot in the already forming crowd.

Surrounding a large stage were some of the most diverse audience members I had ever seen at one show. Teen girls stood next to burly, bearded men, collectively waiting for the show to being. Soon, the crowd began to cheer as Gorman and Cochran crawled through the bar, almost indistinguishable from their fans. The men truly matched their audience.

They quickly hopped on stage and, after brief introductions, began one of the most energetic shows I have ever witnessed. They opened with “In the Ground” from their October 2019 album Illiterate Light. The men moved as if the stage beneath them had turned to lava. Audience excitement is a given, but I had never seen such enthusiasm from performers themselves. There was not a single dull moment.

The men moved on to perform “Sweet Beast,” “Carolina Lorelei,” “Without Walls,” and “I Wanna Leave America,” all of which the audience sang along to. Cochran incorporated routine stretching into the set, as well as a small costume change into a floral crop top, both of which invigorated their clearly adoring fans.

Gorman and Cochran were equally as talented as they were engaging.

They never missed an opportunity to truly involve their audience. At this point, the bar was packed and the men were performing for the back. Energy and talent radiated off the stage.

The show took a welcomed turn when the performers unhooked their stage mics and decided to perform an acoustic version of “Sometimes Love Takes So Long.” This was the moment when I truly understood what it meant to be an Illiterate Light fan. The men, so tenderly singing for one another, allowed their audience to get a glimpse into their world. The performance was deeply personal and intimate. There was a moment when Gorman had struck his final chord, and the audience went completely silent. All you could hear was the sound of the guitar, the space so perfectly absorbing its delicate sound. Gorman and Cochran only had love to give to the room and the feeling from the crowd was mutual.

The performers carried this energy through “Better Than I Used To” and their cover of Neil Young’s “Vampire Blues,” closing out the show with “Growin’ Down.”

I left the bar that night, not necessarily loving every note I heard or every song they sang, but truly admiring the dedication and love I saw two small-town Virginia musicians give to their devoted fans.

If you are considering attending an Illiterate Light show, know that both the band and their fans are ready to welcome a new member to their already loving family. 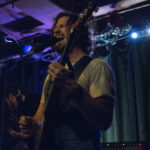 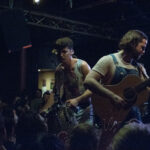 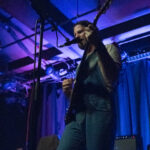 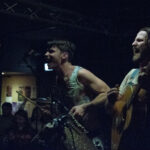 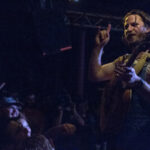 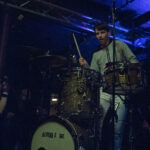 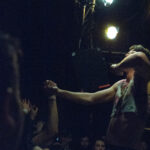 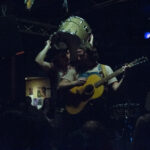 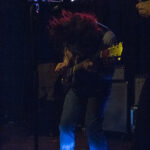