Venue: The House of Blues

From just walking up to the massive line in front of the House of Blues, you could tell it was Saturday night. Dressed up without coats in their party-wear, friend groups and couples waited outside to see Cold War Kids. Before even entering the building, I knew the crowd was going to show up in typical Boston fashion and be utterly wild.

The band walked on stage at a quarter past nine, raising their clear plastic cups to the audience.

They kicked off the night with their anthemic song “Love is Mystical.” As soon as the piano started playing, everyone sang the “woo hoo hoo” parts following the piano chords. When lead singer Nathan Willett sang out “I lift my hands to the sky” during the bridge, fans followed his words, throwing their hands to the air to jump and dance around to the upbeat love song.

Without skipping a beat, the group went straight into the punk-like drums from “Miracle Mile.” Then the keys came in and Willet grabbed his pastel yellow telecaster and started singing to keep the party going. People were screaming back the lyrics, acting out every emotion with their hands.

The night wouldn’t be complete without the group performing their new hit “Complainer.”

Right as the groovy, Michael Jackson-inspired single began, everybody instantly started dancing along. Some ecstatic and wild fans were just screaming–Not scream-singing the words, just yelling in an attempt to attain the band members’ attention. Other people didn’t hesitate to use the moody red lighting to take videos of them and their friends dancing and singing along. The band let the audience sing the last “don’t sit around and complain about it” alone. Seemingly everyone toward the front of the venue raised their drinks and cheered in approval as the song came to a close.

The audience proved their Cold War Kids song knowledge throughout the night.

After the bassist played the first note of “Hang Me Up to Dry,” everyone collectively screamed, knowing exactly what was coming next. Even the people standing on the balconies joined in on the careless dancing. The crowd’s passionate singing drowned out Willet’s voice during the lyric “now hang me up to dry, you wrung me out too, too, too many times.” Impressed by the audience’s insane liveliness, the band stopped playing altogether to let the fans finish out the song by singing the chorus alone.

When the show came to a close, the crowd demanded more by jointly chanting “one more song.”

As more time passed, the fans got louder and the clapping got faster. After a couple of minutes, the band walked back out to the stage to play “All This Could Be Yours.” Once again, seemingly everyone danced and jumped together in circles with their friends right as the keys came in. When the chorus hit, the crowd chanted the “ohs” with the melody like they were at a soccer stadium. A person even climbed onto the ledge next to a pole to get physically above the crowd and jam out more. The band struck us with a rockin’ guitar solo before the audience cut the music off with their deafening cheers. 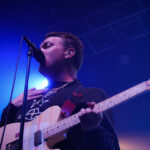 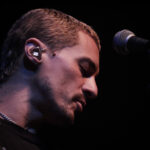 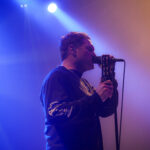 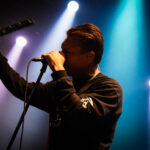 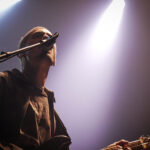