The House of Blues filled with buzz, some fans talking to each other as others rushed in. Rex Orange County skipped onto the stage, making no big gesture to announce his arrival as the surprised audience erupted into screams.

It was Rex’s first time performing in Boston, but he seized the crowd with ease. He opened with “10/10,” one of his 4 singles released from his 2019 album Pony. As if almost on routine, the young and exuberated crowd jump right into the song as well. Rex instantly began to connect with the crowd even more than his songs already do. He smiled and waved as he performed, making sure to pay as much attention to the crowd higher up. He continued with two more songs from Pony before flowing into “Never Enough” from his sophomore album Apricot Princess.

From “Never Enough” to “Pluto Projector” to a cover of Alicia Key’s “No One,” he performed with an assured calmness and comfort. After having to cancel the show the night before due to illness, he seemed filled with energy. He hopped back and forth from his guitar to his keyboard. He gently alerted the crowd whenever he was preparing to perform tracks from Pony and was met with nothing but happiness. As the show came to a close, he set into performing his older fan favorites.

The young singer hasn’t been in the industry long, yet he’s already developed a dedicated group of fans

Born Alexander O’Connor, Rex arrived in the music industry when he self-released his album, bcos u will never b free, on Soundcloud in 2016. At only eighteen years old, he caught the attention of artists that inspired him–one being Tyler, The Creator. He released Apricot Princess in 2017, which gained him an even bigger following. Rex’s primarily-teen audience quickly connected with his work that has been described as "coming-of-age" music.

The crowd danced along to every song with the same passion they had for the “fan favorites.”

Within seconds of hearing the first few opening chords to “Sunflower,” the crowd’s energy immediately increased. As he performed the monologue in the last minute of the track, fans knew every word. Rex paused, allowing the audience to scream the words on their own cue before flowing into “Best Friend,” another one of his big hits. Just as it seemed like the show was ending, Rex paused to ask the audience if there was anything they wanted to hear. Everyone began screaming out their personal favorites, some of them even causing the English singer to laugh. It was obvious everyone knew what song he was going to choose, yet they all shrieked in surprise and happiness when “Loving Is Easy” started.

As the show came to a close, Rex asked everyone to put their phones away for a bit. With some coaxing, the fans listened and just enjoyed the last moments of the show with him. He ended the show with “It’s Not the Same Anymore” and “Always”. Both songs, like most of the others, detailing his personal trials of life that easily resonated with his fans who grew up with him. 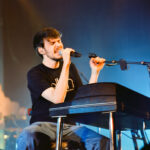 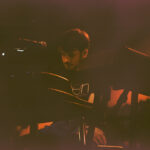 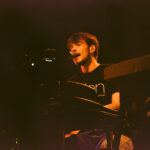 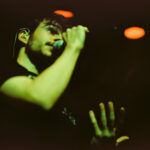 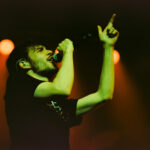 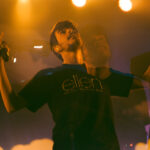 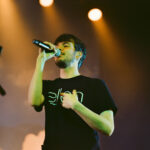 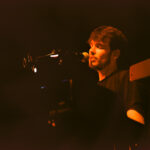 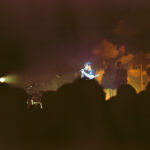 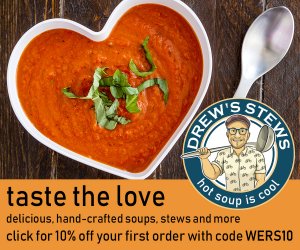