Mt. Joy’s fans arrived passionately on time as a thick crowd of millennials festered into the venue a mere 20 minutes before the opener began. Leader Bank Pavilion’s largely outdoor setting helped create a totally unique vibe that felt more akin to an Oktoberfest than a sold-out folk-pop concert. Large tents lined the exposed seating area touting signs for local breweries and quick bites. The hordes funneling out of the venue’s countless smoking sections, taking their final drags, provided an indication that the show was about to begin.

Show opener Trampled By Turtles absolutely kicked-ass with their extremely distinguished set. Their jovial classic-rock feel mixed alongside nostalgic use of violin, banjo, and the fiddle was a perfect transition into the headliner. The audience’s energy was palpable as they realized Mt. Joy’s time to take the stage was nearing.

Following Trampled By Turtles’ set, a thick haze engulfed the warmed-up stage, the lights dimmed to a ghastly orange, and a low, droning, hum began to fill the venue. Masterfully building up tension, Mt. Joy’s band members slowly began to trickle onto the stage. Ecstatic, if not slightly inebriated, cheers poured from the audience. Audience members around me began tapping their feet and subconsciously drumming on their hips in excitement as the band finally stood, fully lit, before them.

Lead singer, Matt Quinn, stood front-and-center of his bandmates as he exclaimed, “Boston! How’re we doing tonight?!” Before his words could even be processed by the eager audience, Mt. Joy went right into their set.

GETTING THE AUDIENCE MOVING

Starting with their 2018 hit “I’m Your Wreck,” the audience immediately got on their feet, steadily rocking their heads to its soothing beat. Each song that night ended with a blackout that steadily transitioned into the next track. This helped elevate Mt. Joy’s healthy mix of more upbeat numbers and  ‘slow dance’ tracks, making the flow between vibes totally natural, if not absolutely warranted.

A standout moment in Mt. Joy’s set came at the halfway point in which each band member was fully given a chance to let their talents shine. Each member took 1-2 minutes to freestyle and riff with their instruments. Jackie Miclau was highlighted in an absolutely astonishing keyboard solo that despite being absolutely rambunctious, left the audience speechless. Ending her bit by shouting out “Let’s go Sox!” eclipsed the audience back into reality, prompting cheers and claps of approval en mass.

Throughout their performance, Mt. Joy exhibited expertise in not just the auditory aspect, but also the visual. The perfectly timed lighting helped elevate each song in a way that clearly grasped the crowd. The bassy drums from percussionist Sotiris Eliopoulos came with blinding flashes of light. On every cylinder, the music could be felt. The man behind me muttered “Dude… these lights man… wow” as he stood in awe of the spectacle before us. His comment should have been all the feedback needed by the killer lighting team.

Lots of focus clearly also went into lighting the audience. Indiscript shapes and strobing effects were very often sent out into the dancing crowd creating a totally ethereal experience. Frequent pink glows made the pretty face to the right of me glow, a feeling that I’m sure was not lost upon the rest of the audience.

ENDING ON A HIGH NOTE

Mt. Joy filled their short-but-sweet set with all of their hits, making sure the audience was on full alert throughout their time on stage. Numbers such as “Silver Lining” and “Lemon Tree” were clear favorites, reducing many around me to puddles of tears.

Most notable, however, was the band’s genius take on the popular Gorillaz song “Clint Eastwood.” The immediately recognizable lyrics and beat were definitely a surprise to hear as it is a complete departure from the more longing tone of Mt. Joy’s hits. Even more interesting, the band’s choice to close the show with the cover made for a totally toe-tapping way to exit Leader Bank.

As the final note hit, a sharp blackout followed suit, giving way for band members Matt Quinn, Sam Cooper, Sotiris Eliopoulos, Jackie Miclau, and Michael Byrnes to exit the stage quietly and marvel at the mountains of joy made on stage.

Florence and the Machine Brings the Ocean to TD Garden

Sold Out Crowd Moshes their Feelings out to Car Seat Headrest 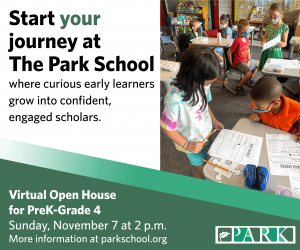