Lahey was thrilled to have a sold-out show, alongside support act Kingsbury.

Fans eagerly packed the tiny venue, ready to sing along to all of Lahey’s songs. As Lahey walked out to My Chemical Romance’s “Welcome To The Black Parade,” it was obvious fans were in for a treat. Lahey and her backing band were humbled by the crowd, and wasted no time jumping into the new album, The Best of Luck Club, with the track “I Don't Get Invited to Parties Anymore.”

Despite Lahey being halfway through her tour, there was no lack of energy or excitement being in Boston that night.

With a mix of new tunes and past ones from 2017’s I Love You Like A Brother, Lahey masterfully played through them. Whether she pulled out her saxophone, or acoustically performed alone, Lahey’s versatility was apparent.

Acknowledging the venue had no backstage area for artists to hide at, Lahey proclaimed “Fuck encores! Let’s just have a good time!” before ending with her hit, “I Haven't Been Taking Care of Myself.”

Alex Lahey will continue The Happy Hour Tour on the West Coast before returning home to Australia and finishing out the tour there. 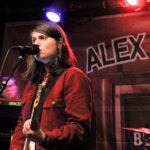 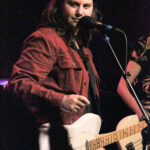 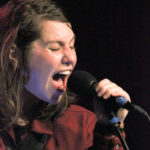 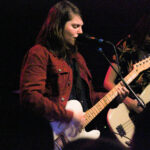