A lot of Shame fans at Boston Calling are decently tall compared to my 5’7 height.

When I saw this, I knew I had to make my way to the front. As I reached the barricade, the South London band came out with a “Hello America!” and wasted no time getting into it.

Charlie Steen on lead vocals started out with sunglasses, a cowboy hat, and a button down.

Throughout the course of the first few songs, he slowly lost more clothing. First the hat, then the sunglasses, and then his shirt slowly became more and more unbuttoned until he finally decided to take it off.

With a nod to Boston, Steen called us “f***ing wicked” and went right into “The Lick.”

The entire band was already doing quite the workout, as evidenced by when Steen stood on top of an amp and poured an entire bottle of water on his head during just their third song.

Steen brought the crowd into the set when he extended the entire mic stand into the audience during “One Rizla.”  He eventually extended his whole body into the audience, while crowdsurfing during “Tasteless.” When he came back to the stage at the end of the song, the music stopped for the first time during the entire set so he could catch his breath before introducing us to a new song—“Humor.”

Steen proclaimed that playing Boston Calling was their favorite gig of the tour so far.

As if on cue, a mosh pit started to form as the band launched into “Lampoon.” At one point, bassist Josh Finerty started doing somersaults across the stage while still playing bass. Talk about talent!

Before their final song, Steen brought the crowd as close to the stage as possible to rock out. As he told us to smile to ourselves and not take ourselves so seriously, they went into “Gold Hole” without holding anything back. Steen was seen at one point behind held up and standing on fans’ shoulders in the crowd, then surfed his way back to the stage as they finished with an easy, “see you soon, Boston.” 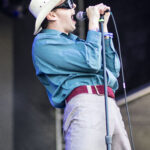 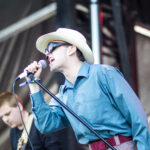 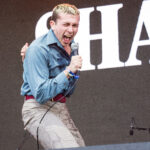 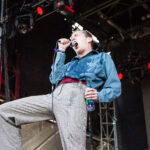 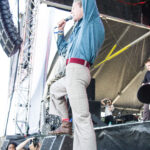 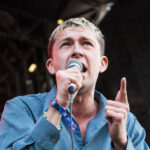 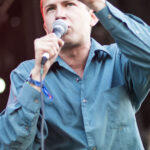 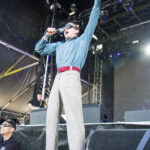 The Dog Days of Summer with WERS