Indie-rock band San Fermin performed at The Sinclair on Thursday, October, 15. Before they took the stage, WERS’ Sophia Cloonan had a chance to talk with Ellis Ludwig-Leone, San Fermin’s songwriter/leader on keys. They talked about San Fermin’s newest album, what touring has been like, and what’s to come in the future for San Fermin.

You guys have an album, The Cormorant I, that came out about a week ago. What was some inspiration that you had as the songwriter when creating these songs?

LUDWIG-LEONE: I guess some inspiration for that album came from me thinking a lot about memory and identity and how memories change as you get older. You think you were one way, but you’re actually another way, and there are these truths that change you over time. I think that the nature of truth is something people talk a lot about now, and I used that in connection to memory. I used memories from my childhood and memories from other things to make a record that morphed over the course of the songs.

How do you feel that this specific album is different from your past albums?

LUDWIG-LEONE: Well, this one is actually a return to our first record that we did. The concept of this one is strongly felt throughout each song. When I sat down to write it, I made an effort to try and make each song connect, giving it a theatrical scope which is much different than our last record, Belong.

You mentioned the theatrical aspects of The Cormorant I, do you have any kind of theater-based inspiration that may have come while writing this album?

LUDWIG-LEONE: The one thing that’s changed within my writing is that I used to have a lot of denial about my more theatrical impulses. And now I find myself swept up in those [theatrical] projects. I am currently writing a dance opera, and this is the scale I like to work at. I like to have these big narratives.

We are now going to go back to summer when you guys had a single come out, "The Hunger." A great song with an amazing production for the music video. What was it like shooting the music video for this single?

LUDWIG-LEONE: Stressful, but cool. I was working with a guy I’ve worked with before, and it was an awesome experience to go work with someone that I’ve worked with before. But it was stressful because we had one day to create something that everyone is going to see and that could potentially be a lot of people’s first listen and first view of the band. The way it went was that everything was set up once I got there, and I had talked about the concept with the director, but you kind of have to sit back and watch it happen.

I would now like to talk about how tour has been. I know Cambridge is only the second stop on tour, but how has it been so far?

LUDWIG-LEONE: It’s been easy so far. But in general it feels great to be back out with the band. We’re all really close and we love hanging out with each other. We’ve been doing this for about 6 years and it doesn’t feel new to me anymore.

You guys perform almost every night up until December 6th, how do you guys as a band get into the mindset of having to play every night and travel to a new place every day?

LUDWIG-LEONE: Touring has a lot to do with being in touch with your body, which sounds strange but is extremely true. It’s about knowing when you need sleep, or some privacy, or alone time. If you’re a singer, when your voice needs care. And it really becomes this constant monitoring of your basic human needs.

Any favorite songs to perform?

LUDWIG-LEONE: This is fun because we’re playing a ton of new songs. We currently have 11 new songs in the lineup, 8 from the new record and 3 that are coming next year that we’ve been trying out on the road, so for those, it’s been fun. There’s a song "Saints" that is just a real banger. It’s fun to hear the band just rock out because we have a lot of just sensitive songs, and it’s cool to see the band let loose.

LUDWIG-LEONE: I feel like I like them both in different ways. Touring is great when the shows are good and when the schedule isn’t horrible. I do like touring a lot because it feels almost relaxing. You have to be at the venue on time, you have to play at the right time and at the end of the day if everything goes right, people clap for you. As for recording, it’s more of a creative process. For our band particularly the recording process is a little less actively creative because I’m coming in with parts that I’ve written and it’s always about getting a good version of that and making changes for the players.

Let’s talk about some new stuff. You mentioned you are performing three new songs so obviously, you have some new projects in the works. Are those three songs part of a new album?

LUDWIG-LEONE: The songs will be part of the second part of Cormorant I. This will come out next year and it’s actually really cool to be able to split it up like this because it gives people time to enjoy all the songs and listen to both parts separately.

Finally, earlier we talked about inspiration. For you as the songwriter, what is the most interesting/unique experience that you’ve had while writing a song?

LUDWIG-LEONE: My writing is written for singers who are other people, who have their own thoughts and projects as well. So when I write, sometimes I write about my own experiences and sometimes I’m writing about other’s experiences as well, like things that I’ve heard from people. For example, on that song "The Hunger," that came from a conversation that I had with a friend of mine who was describing how difficult it is to get up the energy and go and put herself out there. That’s not my experience, but I was moved by the conversation I had with her and I wanted to understand her. I think it’s fun to use music as an opportunity to flex your empathy muscles, just really put yourself in someone else’s shoes. 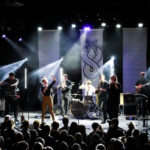 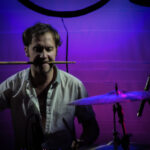 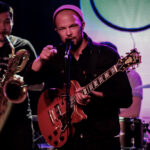 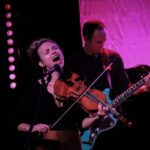 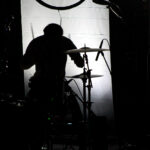 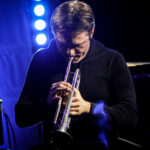 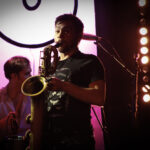 WERS Sits Down with Catalina, Santiago from Monsieur Periné

The Kooks Continue to Rock Boston