The skies had cleared up, and there was already a huge crowd by the time I got to the Style Stage just in time for Ripe.

You could tell the crowd was excited, and the audience broke out into cheer as soon as the seven piece band came onto the stage. Lead singer Robbie Wulfsohn got the energy going by announcing: "We're back! For those of you who know us, try to get those who don't know us, dancing. That's your personal job now."

And dance we did! Their sound is self-described as "party rock" – perfect for a festival.

Ripe immediately jumped into "Passerby," and the group's energy was electrifying. All the members looked like they were having an incredible time. They were jumping up and down, and dancing and riffing off of each other. Wulfsohn's energy was unparalleled. He directed an epic shoulder-shrug dance and the wave to the audience. He also made sure give a shout out to each of his band members throughout their set – at one point he even spotlighted one of their dads!

What made their performance so special was the way they interacted with the show-goers.

Wulfsohn thanked the fan who made them special bracelets, and encouraged the audience to sing along as they bust into some covers. They jumped into Fleetwood Mac's "Don't Stop," to which we yelled the chorus in unison. Ripe also incorporated a medley of "Sugar We're Goin Down" by Fall Out Boy, "Love on Top" by Beyoncé, and more, to our delight.

Even though not everyone in the audience knew who Ripe was before their performance, it was obvious the band won the hearts of everyone watching their show. 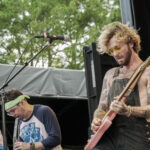 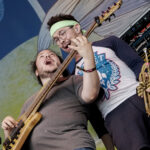 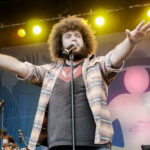 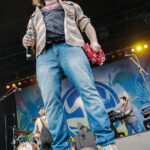 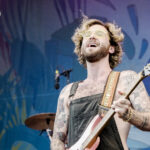 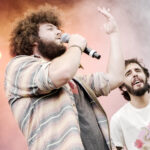 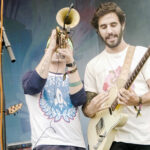