American rock band The Wallflowers makes a triumphant return with “Roots And Wings.” It’s the lead single from Exit Wounds, the band’s first album since 2012. “Roots And Wings” feels almost like a perfect way to describe the song. Led by frontman Jakob Dylan, The Wallflowers stay true to their origins. “Roots And Wings” fits perfectly in their catalogue of slow and dance-able rock tunes. However, they spread their metaphorical wings by incorporating more modern musical techniques, straying from their classic approach to rock. This all helps further the emotional message of the song. A father of four, Dylan opens up about never being fully comfortable or ready to let go of his children.

Dylan’s consistently smooth but delightfully raspy vocals sound like a more refined Bob Dylan, his father. They pair well with the punchy drums, laying the groundwork for “Roots And Wings.” The Wallflower’s simple message depicting the mental game of tennis involved with letting go of someone you love melded alongside an impressively clean rock track culminates into one of the most entrancing musical pieces of the year.

Exit Wounds will release in full on July 9th. It’s the first album where The Wallflowers act as a solo project for Dylan. This follows the departure of longtime bassist Greg Richling in 2013, along with other members. Under his own name, Dylan most recently starred in the 2018 documentary Echo In The Canyon, a celebration of 1960s California folk rock. If Exit Wounds is anything like “Roots And Wings,” we’ll be sure to love it. 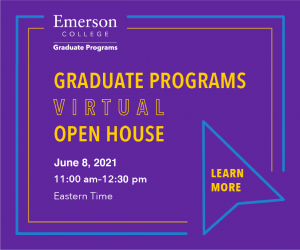