Pick of the Week: St. Vincent “Pay Your Way In Pain”

St. Vincent steps into full rock stardom on her latest release, “Pay Your Way In Pain.” The gritty lead single teases her upcoming album, Daddy’s Home, which will come out May 14. It’s her sixth studio LP, her latest since 2017’s Masseduction, and hints at a ‘70s-inspired sonic theme with a similar aesthetic to Blondie. The track opens with a piano that would sound right at home in an old Western saloon. However, a fuzzy synth briskly cuts it off to switch the direction entirely. Alluring dark vocals and funky glam-rock music come in and flood the song.

Lyrically, St. Vincent sings about struggling just to get by in life. It’s a modern blues number. She started writing Daddy’s Home in 2019 when her father was released from prison. As a result, “Pay Your Way In Pain” sounds drenched in influence by the raw, nihilistic pre-disco ‘70s music she and her dad probably listened to together.

Over the past few weeks, St. Vincent has been slowly revealing details about the forthcoming album, which Jack Antonoff produced. In an interview with Stereogum, she described it as “feral” and less strict than previous projects. More specifically, she details that it’s reminiscent of busy, downtown New York in 1973 as well as “glamour that hasn’t slept for three days.” All the social media promotion and song teases don’t stop there. St. Vincent also recently sent a fan a Daddy’s Home care package. It included Kurt Vonnegut’s Breakfast of Champions, a rose, and a comic strip about the upcoming album. 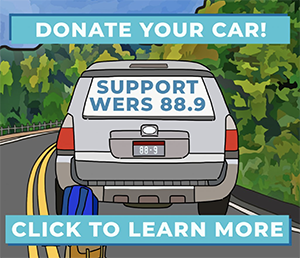