“Be Sweet” marks a new era for Japanese Breakfast, the solo project of Michelle Zauner. The groovy and optimistic track is the first single to come off of her upcoming third album, Jubilee.

Born in Seoul, South Korea, Zauner's family moved to Eugene, Oregon when she was 9 months old. She was in a few different bands in and after college, ranging from indie pop to emo rock. However, she began her solo career as Japanese Breakfast in 2013 following a move back home while her mother battled cancer. She’s already released two albums: Psychopomp (2016) and Soft Sounds from Another Planet (2017). These albums navigated the pain and sadness that came out of her mother’s diagnosis and later passing.

In contrast to the sad and ethereal feel of her past work, “Be Sweet” has a refreshing sense of joy. There is energy from the start with a groovy bassline and drum beat leading into Zauner’s vocals. The lyrics of the song capture her pleas to be treated right in a relationship. In the catchy refrain, she sings, “Be sweet to me, baby / I wanna believe in you / I wanna believe in something.” Her high pitched vocals along with vibrant synths create a sound reminiscent of 80s music in the best way possible.

The rest of Jubilee is set to come out June 4th. The album’s press release explained Zauner’s choice of title, explaining that it's a celebration of the passage of time. With these songs, Zauner promises to reclaim the optimism and happiness of her youth. You can certainly feel that infectious spirit in “Be Sweet.”

Pick of the Week: Fleet Foxes “Can I Believe You”

Pick of the Week: Dawes “Who Do You Think You’re Talking To”

Pick of the Week: The Avalanches “The Divine Chord” 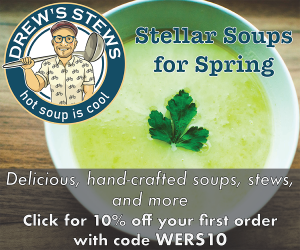