Nathaniel Rateliff and the Night Sweats Jam Levitate Night 2 Away

I’ve been to quite a few concerts in my life, but never before had I seen such a packed crowd awaiting Nathaniel Rateliff and the Night Sweats at the Stoke Stage on night two of Levitate Music and Arts Festival.

As the minutes ticked down until the highly anticipated performance, eager fans and concert goers huddled in close to one another, the anxious buzz in the air palpable.

People could be seen for miles, all staking out the perfect spot to catch the show. When the Night Sweats finally took the stage, the crowd came to life, cheering and dancing to the heart-pounding beats the band was playing.

The Night Sweats—sans Rateliff at this point—pulled out every stop, running around the stage and dancing while playing almost every instrument imaginable, from brasses to drums.

After some hyping up by the band, Rateliff himself finally took to the stage, sauntering before the crowd in a fedora. He showed off his killer dancing abilities, swinging his hips and rocking out to the music.

The show proceeded then in a flurry of dancing and full on jamming out. People around me in the crowd were having a blast, having forgotten about the earlier blistering heat and now letting loose. The night was alive, thanks to Rateliff and his band.

Rateliff made sure the vibes were good all throughout the show, checking in with the crowd to see “how is everyone doing tonight?”

Oh yeah, and there was also a killer harmonica solo. How many times do you get to see one of those at a show?

Rateliff incredible stage presence is what truly made this show an absolute blast. He commanded the crowd with gusto, making sure that everyone was having the best time. 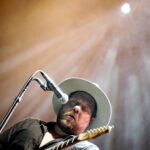 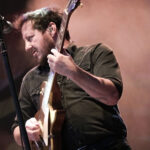 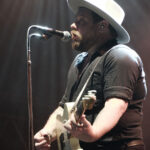 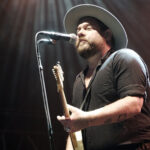 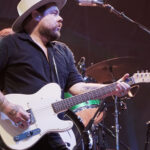 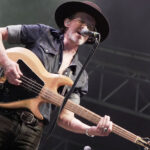 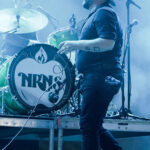 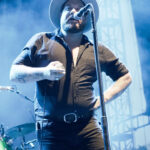 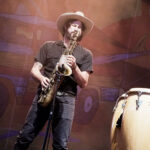 Behind the Music Desk, Episode #6

Three Female Led Bands to Add to Your Playlist