As fans packed into the venue, I could overhear people saying how excited they were to see Michael Kiwanuka. While it was some fans' first time seeing the British singer, others were boasting about how much they enjoyed him live before.

Kiwanuka worked as a guitarist for various bands before breaking out onto his own. He caught the attention of Adele and opened for the singer in 2011, which really helped to give him his own spotlight. In 2012, he released his debut album Home Again, which received great critical and commercial success. Kiwanuka has stated that he’s influenced by Jimi Hendrix and Kurt Cobain, but he still maintains his unique style & sound. Michael Kiwanuka has proven himself to be an incredibly talented musician, and he definitely showed that off in Boston.

From the pre-show playlist to the opener, the audience buzzed with energy. The older crowd all talked to one another, swaying to the music as they waited. The stage was filled to the brim with instruments and equipment for Kiwanuka and his band. The crew tested them for about twenty minutes, keeping the crowd in anticipation.

At around 9:30, the lights dimmed and the spotlight focused on the stairs leading down the stage as “Sticky Hulks” by Oh Sees started playing. Kiwanuka’s band, then his two backup singers walked onto the stage as the crowd clapped. The band and singers got into their places and as the song kicked into its exhilarating guitar solo, Kiwanuka finally walked onto the stage.

He started the show with “Piano Joint (This Kind of Love)” off of his 2019 album, KIWANUKA. The crowd quietly sang along, making sure their collective voices never overpowered his own. Some cheered, screaming out their love and appreciation for the singer. After “Piano Joint,” he went straight into two other tracks from KIWANUKA – “You Ain’t the Problem” and “Rolling.” Kiwanuka stopped to talk to the crowd, thanking them for singing along before kicking right into his next song.

“I love playing here in Boston, you guys are the best!”

Many of his songs seem to have an element of repetition, which really makes the messages he’s trying to portray with his music sink in. While performing “Black Man In A White World” off of his sophomore album, Kiwanuka’s voice seemed to echo in the room. As he sang the lyrics “I’m a black man in a white world” over and over again, the crowd listened intensely as his backup singers beautifully harmonized with him. As the song ended, fans again started to scream out their respect and adoration for the singer.

Most of the set included tracks from KIWANUKA, but whenever he sang an older song, the audience gave their sign of approval through applause. The highlight of the night was when his backup singers started singing the opening harmonies of “Cold Little Heart.” The song is one of his biggest and most popular due to it being used as the theme for HBO’s Big Little Lies. Everyone sang and danced along to the song that can arguably make anyone feel good. Kiwanuka's voice maintained a happy rhythm and he swayed along to the instruments and crowd’s crooning. The night ended with “Love & Hate” from his sophomore album of the same name. His voice and guitar permeated through the room as the fans just listened and took it all in. He bowed before the crowd, smiling widely and thanking them once more before exiting as the lights came up. 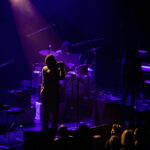 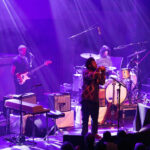 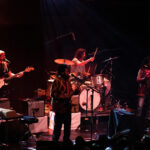 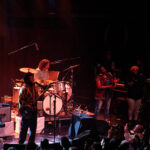 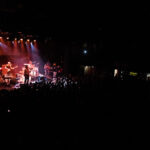 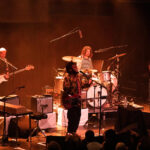 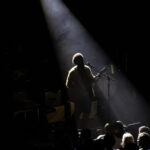 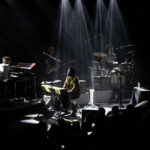 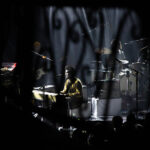