Most bands would have just called it quits if their bus broke down with all of their instruments inside, but not Bombay Bicycle Club. Even though their bus was in Toronto, the band managed to arrive at 88.9 WERS before their show at Royale on Friday, October 4th. With instruments from the studio’s closet, Bombay Bicycle Club performed an intimate, stripped-down set that wasn’t to be forgotten any time soon.

Bombay Bicycle Club began with “Eat, Sleep, Wake (Nothing But You)," the first single from their highly anticipated new album.

The performance’s acoustic setting let the band’s beautiful songwriting and harmonies shine through. The song's gentleness when performed in-studio was a change from the towering, expansive version that Bombay Bicycle Club released earlier this year. It was a new look at the song and something truly special that the band offered.

Later in the set, the band brought out several songs from their past albums.

“Luna” was the second track that the band performed, a fan-favorite from their album So Long, See You Tomorrow. The acoustic rendition of the song in-studio turned it into a gorgeous ballad. It had everyone in the studio holding their breaths and taking in the beauty of what Bombay Bicycle Club had to offer. Their performance of "Luna" showed the song's bare essentials, and why it has stuck with fans for so many years.

Finally, the band ended their set with “Shuffle,” one of the band’s biggest hits.

From their 2011 album A Different Kind of Fix, the song’s funky, peppy rhythm managed to carry over into the group’s acoustic set. The song's new arrangement made it sound brand new, even though it came out nearly a decade ago. All of the group’s five members worked together in perfect tandem, bringing to life a song that Bombay Bicycle Club fans know like it’s second nature.

Between songs, the band talked to WERS Host Phil Jones.

Bombay Bicycle Club discussed touring, reuniting the band, and their new record slated for release in 2020. Lead vocalist Jack Steadman recalled how he and his bandmates got together in a pub after their long hiatus beginning in 2016. Over time, the band decided it was time to reunite, resulting in the recording sessions that led to their new album. In addition, the band teased some of their favorite songs from the new album, like “I Worry About You.”

Bombay Bicycle Club’s live mix gave the band’s catalog of well-remembered hits a new dimension through their stripped-down set. Eventually, the band reunited with their instruments in time for their performance that night, but Bombay Bicycle Club showed that even without fancy equipment, they can still have an unforgettable performance. 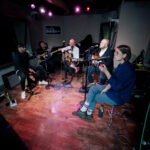 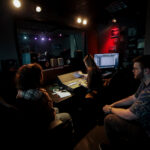 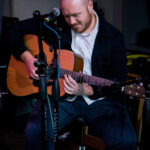 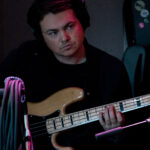 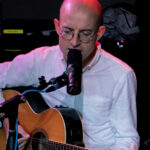 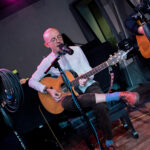 Singin’ In the Rain LIVE In Studio