As you walked into the Royale on Saturday night, you were faced with what seemed to be a crowd made entirely of art kids.

Dyed hair, Dr. Marten boots, beanies, and mom-jeans seemed to fill the entire space with an array of color and originality. There was definitely a ‘type’ in the crowd - can you expect there not to be?

There was a certain type of authenticity that floated through the room.

Heart shaped pride flags were held up in the audience, and the general feeling of acceptance was radiated from everywhere. People pushed to the front of the barricade trying to get as close as they could to the stage; however, there didn’t seem to be any fighting or shoving - instead, a sense of community. Usually in young crowds there’s a bit of frustration as you neared the front of the room (as trying to get to the front is, of course, of utmost priority). Not here, though. Here there was love, there was reassurance, there was community.

The crowd loved every single act.

One of the first things that struck me was how positive the crowd was during both openers and King Princess. Banoffee, the Melbourne born solo artist who first opened the show, was met with shouts from exclaiming how beautiful she was to asking where she got her pants (Japan, she said). The artist, although onstage by herself, took up the entire space with her energy, singing, dancing, and use of electronic music equipment. At one point she even got into the pit to take a rose from a fan. She created music effects I wasn’t even sure could be done on the spot, and overall was incredible to watch.

It wasn’t just Banoffee that left the crowd loud.

The follow up act, Severity Stone, knew how to do nothing less than bring the house down. Severity Stone is a local drag queen, making her concert debut with two lip syncs that left even the photographers stunned. Standing at over seven feet tall, her presence in itself took up the room, let alone when you added her homemade rainbow hair and sexy black outfit.

If that wasn’t enough, King Princess then came out, completely rocking the stage with her original, authentic, honest setlist.

“Boston is looking a little GAY tonight!” she yelled upon reaching the microphone.

Almost immediately upon coming onstage, she takes the jacket a fan in the front made for her, placing it by the drum kit to take home later. She certainly knew how to play to the crowd. For an artist with only six songs released on iTunes, the support for her music was insane - the crowd practically screamed every word of the choruses, while allowing her to maintain sincerity and passion in the quieter moments.

I've never been to a concert that made me feel so full of passion and chaotic energy at once.

The guitarist picked up a bra thrown onstage and attached it to his guitar for the entirety of the set. King Princess herself got offstage to sign a fan’s crutch. She whispered ‘hey daddy’ to the photographer standing next to me, who blushed and continued to take photos. Fans kissed each other and held hands, and radiated more love in one space than I’ve seen in a very long time.

“A young me would have had friends in this crowd tonight,” King Princess said in the middle of the set.

In all, I don’t think there’s a more ideal concert situation to be had. The energy stayed the same from start to finish: positive, accepting, loving, secure. King Princess had stage presence beyond belief, and the crowd ate up every minute. It was a beautiful show - one that proved King Princess is certainly an artist to keep your eyes on. 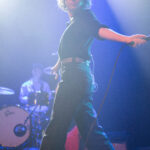 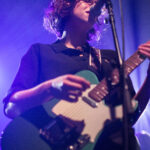 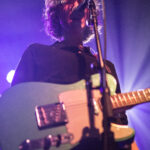 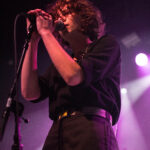 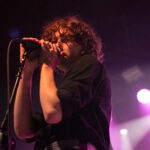 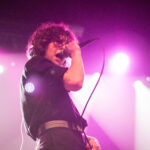 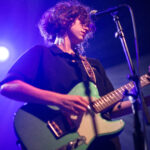 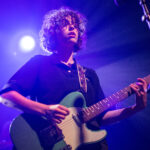 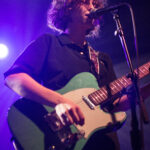