I have been to no shortage of shows at the Royale in downtown Boston. From STRFKR to BADBADNOTGOOD- and other bands that insist on referring to themselves in all caps- I have been swept into countless wonderful musical performances at the venue. Each one was filled to the brim with enamored audiences already waiting in anticipation for their next big release. I can honestly say, without a doubt, none of those bands had a longer line than Jacob Collier.

On the frigid evening of March 1st, a line well over two blocks long stretched from the Royale’s closed doors. Fans of the young virtuoso talked animatedly about the artist’s forthcoming four album project Djesse, the first entry of which was released last December. By the time I got inside, the atmosphere was already electric, and Jacob Collier’s bold entrance was in full swing. Christian Eurman took over the drum kit, blasting into the highly syncopated beat of a modified Djesse overture. Robin Mullarkey followed suit on bass, dabbling in other percussion instruments, the electric guitar and a number of mounted keyboards. MARO snuck her way in on supporting vocals, adding her own Portuguese flair to additional keys and guitar.

If you're wondering what Collier played, the answer is: the rest. An entire section of the stage was quartered off for Collier to frantically fly between instruments. He smacked a wall of drums before turning around and strumming a feverish line on a standup electric bass. By the time he rolled around to “Don’t You Know,” the final song on his 2016 album In My Room, he was an absolute blur of motion and melody. For fans of Collier, the track could hardly match the insane collaboration he produced with Snarky Puppy in 2016. But Collier made up for the lack of a 20-piece band by delivering a killer vocal performance with notable solos by his fellow musicians.

It may be petty of me, but I tend to have a certain stigma against alternative microphones for singers. The handheld mic is a tool at the singer's disposal, but more than that, it is a means of physically connecting to the music. Call me traditional, but I get a much stronger emotional reaction from Will Toledo gripping a stand and wailing into a microphone than from Adam Levine timidly singing a ten-year-old pop song and struggling to find something to do with his hands. The handheld mic is a staple of live performing. Every artist needs a good excuse if they choose not to use one.

Jacob Collier has a few excuses. For one, the brilliant madman could not stop throwing himself around his innumerable instruments, wires, and gadgets. If he had to worry about one more mic stand blocking his zig-zagging path, he surely would have left the stage with a broken bone. But more importantly, Collier deserved his head-worn mic because of the innovative way he incorporated it into his music. Throughout his performance, his head-worn mic became a vocoder talk box, emulating Roger Troutman with a funkified love song, or an automatic harmonizer, adding to the already fantastical lullaby feel of “Hajanga”. On top of this, there was hardly a moment where Collier was able to stand still. His set demanded his hands and feet be constantly occupied, giving him more than enough reason to nix standard mics.

What Jacob Collier’s discography lacks in volume, it makes up for in incredible density. Of course, more notes doesn't mean better music. However, there's something to be said for the sheer number of swirling layers that Collier applies to his production. The entirety of his first album In My Room is chock full of innovative interpolations and originals. And that doesn’t even account for the fact that he played every instrument, and recorded the full project in his family’s music room at the age of 21.

Djesse looks to be Collier’s boldest project yet, and one of the grandest endeavors of any musician his age. With respected international musicians like Hamid El Kasri and members of the Metropole Orkest listed as features in Djesse (Vol. 1), it’s hard to imagine who we’ll see next. 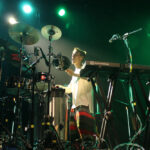 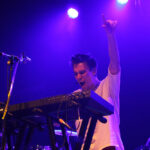 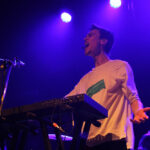 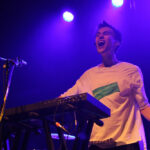 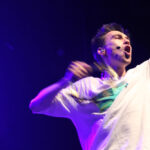 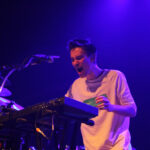 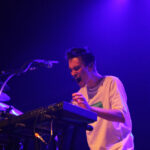 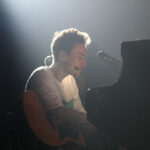 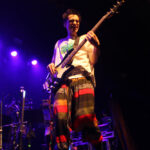 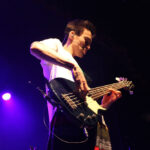