While listening to Jacob Banks, every song that one could come across has two things - soul and power. Fans admire many of his qualities. Such as his soulful, raspy voice along with the dedication and time he puts into his music. He was signed by Interscope Records in 2015 after the release of his sophomore album The Paradox. Banks has just begun his music career.

When Jacob Banks was 13 years old, he moved from Nigeria to England. Banks said in an Interscope interview, “that really heavy, four-on-all-the-floor, foot-thumping, warrior kind of vibe has a lot to do with where I’m from.” This sound is featured in his songs “Monster” and “Sink or Swim” off of The Paradox. Almost all of Jacob Banks ‘s songs have the soulful sound with textured beats. The songs that don’t have this style have a slower sound to them.

One thing that Jacob Banks does with his music is he takes some of his music and re-does it. For example, there is his song titled “Unknown” which features heavy strings and piano with his voice. However, the newest release “Unknown (To You)” is the same song. Yet, this time, the same strings and piano are more in the background, focusing more on his voice rather than the instrumentation. Jacob Banks also did this with another song of his titled “Monster.” The first time he released this song, it was on The Paradox and featured Avelino. The second time it was released, he titled it “Monster 2.0” and featured an artist named Boogie.

Much like a lot of singer-songwriters, Jacob Banks went to many open mic nights. He was able to gain a following through this. Starting at around 20-years-old, Jacob Banks decided to start writing and playing guitar. According to his web bio, Jacob Banks wants to “re energize soul music for a new generation” with his music. Any song that is put on by Jacob Banks will instantly brighten anyone’s mood.

Banks describes his goal for his music as being the “battery pack on a Monday morning” and help people get through their day. He also hopes that his music will “empower everyday people,”- and he has succeeded. Jacob explains that his songs are “about triumph, and how to keep going when everyone and everything is telling you to stop.” This allows the audience to feel motivated when they listen to one of his songs.

With his music, Jacob Banks is able to bring everyone with the love of soul music together. Whether they are old school soul music lovers or people that are just getting into soul music, this stands true. He is doing something that is what music is about, bringing people of different backgrounds together.

The Japanese House Premieres New Single “Somebody You Found”

Muse’s Step in The Right Direction with “Thought Contagion” 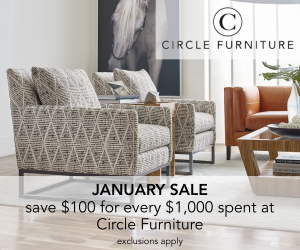