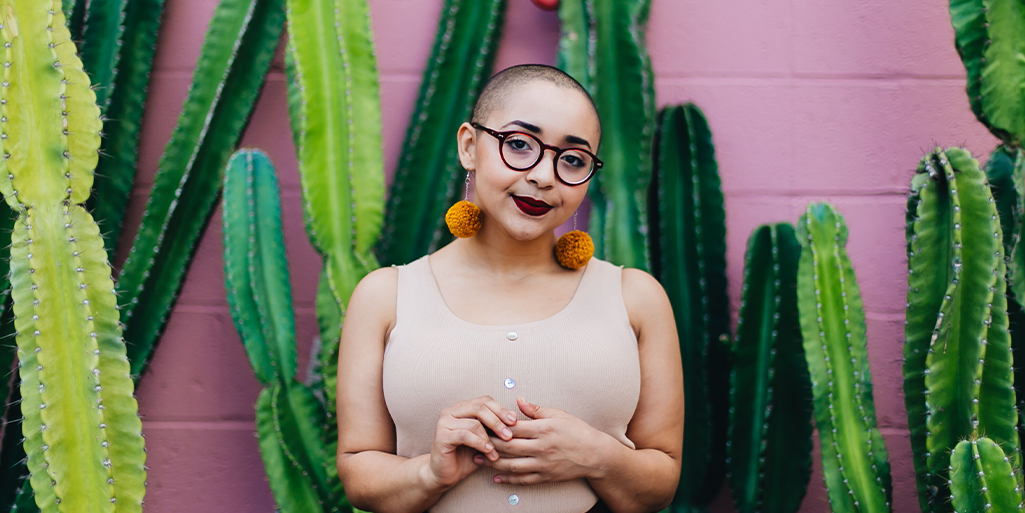 Although live mixes here at 88.9 are indefinitely canceled due to the outbreak of COVID-19, we’re not stopping Wicked Local Wednesday (WLW), our weekly program dedicated to bringing you music and interviews with artists in the Boston/New England area. Tune in at 9 pm every Wednesday night to hear two songs each by two local artists!

To learn more about the artists you hear on WLW, check here weekly on our WERS Music Blog for interviews with them! In this interview, Grace Givertz spoke to WERS Blog Editor Lily Doolin about the creation of her debut album Year of the Horse, bringing awareness to unspoken topics in music, and how it's okay to not force creativity during these weird circumstances.

Check out our past WLW interviews here!

Grace Givertz: I really love folk, it’s definitely a storytelling-based genre. I really like to just draw from my personal life experiences. Year of the Horse, the album I just put out in November, talks a lot about living with chronic illness and the effects it’s had on my relationships and my life in general. I really just draw inspiration from my own personal life, and I hope to give voice to some topics that don’t really get spoken about not only in folk but in music in general.

Talking about Year of the Horse, it’s your first full-length album. I wanted to know what the process was like behind it. What did you learn about yourself and your process in creating this bigger project?

GG: I recorded it last June, so it’s almost been a year since I recorded it. I was writing the songs for about two years, and I recorded it in my friend’s house. Max Grazier did a lot of the production but he also played half the instruments on it, so it was nice to collaborate with a friend who plays a lot of stuff, but who had also been there through the entire thing and the writing process just as my friend. That was really cool.

I’m glad that I was able to do it how I did it, in a DIY sense, just because that’s kind of what my entire music career in Boston has been, it’s just grassroots, do it yourself. I don’t hire anybody to do anything, because I really just do it myself when it comes to marketing and all of that junk (laughs). It was really a fun process and I hope in the next year or so I can do it again, but time is kind of frozen right now (laughs). I’m far from thinking about that currently.

Is there a song on that album – not to make you pick favorites – that was a really great song to write, or that really meant something especially different to you compared to the others?

GG: Yeah, the last song that I wrote on that album is actually the last song on the album, “Color Blind.” I wrote that maybe a month before we started recording. I had another song that I was gonna put on the album but I ixnayed that one and told Max, “I think that I wanna put this one on instead.” I did it – I didn’t really have much of a vision for it.

There’s a song by my favorite band, Bear’s Den, called “Berlin,” and I drew a lot of inspiration from the musicality of that one. I love the instrumentation and that song hits me really, really hard, so I tried to embody some of that in “Color Blind.” That’s just really about my breakup and how I felt a lot of that was rooted in my insecurities and in my fear of being someone who lives with chronic illness and being someone who maybe has different life stories and different needs in a relationship. That song was definitely my favorite one, I’m sorry to say that to the other nine songs on the album (laughs), but that one is my favorite one from origin to instrumentation. I feel like it’s my most up-front one.

Transitioning to talking about current times, I was reading about this fundraiser you were a part of called Cloud Café, I was wondering if you could give voice to what that project is?

GG: The project is something that I was working on with Derek Schwartz and Lily Xie. They put together the project – it’s really their baby – but they asked me and two other artists to curate nights of Zoom art. There was a workshop night, there was an interdisciplinary art night – so there was a ton of different artists there ­– and then I did a night that was folk music, with live illustration during the whole thing by Annie Cheng. It was really fun, the main mission of that was to bring awareness and support artists who had gigs canceled and who lost their financial income from that, but to also other aspects of their life that are extremely impacted right now. My friend Oliver Esposito, who played on my night, they go to Berklee, so they obviously lost school. Maddie, who’s in Sweet Petunia, she’s an RA at Berklee, so she didn’t have a place to live. It just hurts a lot of people in different ways, so we wanted to make sure the people who needed it most were getting the support. They’re gonna continue doing it, I don’t know what the next incarnation of it is gonna look like, but I’m excited to see what they do.

That’s amazing, I think it was such a great way to get people involved in supporting local artists. I wanted to shift to talking specifically about what you’re doing during this time. Are you working on anything in particular?

GG: I’ve been trying to take it day by day. I’m talking to you from my bed, I just took a nap (laughs). That’s really the best picture of how this has been for me. I’m really thankful to have two jobs that are still taking really good care of me and still providing me with compensation. I haven’t had to do much work, I’ve worked maybe four or five hours a week, which is cool, but I’m very much so a doer and I don’t like to stop because when I do I start to panic and I’m like, “Oh my god, there’s nothing to do! There are a hundred thousand things I could be doing!” And then I just turn into an armadillo and I circle up in my bed and take four-hour naps (laughs).

It’s not necessarily the best thing, but the biggest thing I’ve been struggling with during this time is just knowing that I have so much I could be doing and I feel like I’m not utilizing the time wisely by not writing songs or not making art, but I think it’s okay to not do that. I think it’s probably better for me not to do that because I don’t wanna force making art and then hate it. I think we all need to rest now, and I think this is a really great opportunity to do so if you have the opportunity to do so. I encourage you to do it, and not to feel guilty for not writing an entire album or knitting a twelve-foot blanket (laughs). I have to keep telling myself that every day and it’s hard. I don’t think I do a very good job of it because I still feel guilty about it, but I have to keep reminding myself, “This is not normal, and you don’t have to sit here, and you don’t have to write twenty-five songs.” You don’t have to do anything. You have every excuse and every right to be like, “This sucks, and I’m gonna be upset about it for a little while.” That’s where I am currently, I’m trying to take it day by day.

I have four pets, so I have good company (laughs).

Are you a local artist interested in having your music played on 88.9? Submit your music here, or email us at aaamc@wers.org.

Due to widespread event cancellations, music makers are struggling. With media support from WERS, The Record Company has established a fund to provide financial relief to Boston area music makers due to COVID-19. To learn more about the fund and apply or donate, please visit therecordco.org/covid-19