Photo Courtesy of Big Head Todd and the Monsters

Leading up to Big Head Todd and The Monsters' Boston House of Blues show in February, lead singer Todd Park Mohr talked to WERS staff writer Megan Doherty about starting the band as a hobby, songwriting exercises, BHTM cruises, and a new single on the way.

Megan: You guys formed the band while you were in college. Did you originally start with the intention of it turning into a full-time job?

Todd Park Mohr: Nobody does. It’s just a fun hobby. You can be passionate about it, but no parent in their right mind is gonna tell you to expect that as a full-time career. It just takes a little bit of luck for that to happen.

So how did you get that luck? How’d you go from playing college parties to playing shows internationally?

TPM: Well, from the beginning we had a fanbase to support us not having to have day-jobs. So at that point, we kind of thought of ourselves as being successful. We just wanted to continue to make that work for us, and we’re lucky to be looking at thirty-two years of it–a little bit more than that I think now.

How do you think you’ve captured so many people’s attention for such a long period of time?

TPM: I think it’s because there’s not really ever been a middle-man between us and our fans. I think our intention is to move and to communicate with our fans, and obviously, we’ve figured out how to do it.

How has your fanbase changed over the years? Have they grown-up with you?

TPM: That’s a great question because we are an older band, we do have older fans, but the fun thing now is that a lot of those fans have families and their kids are fans now. So, we’re seeing a whole group of people from different ages at shows.

That’s awesome. After so much time together, how do you not lose the excitement around playing and writing and touring?

TPM: Well, everybody goes through periods of being burnt-out. I think in our case, we’re fortunate enough, at least for me creatively, to feel like I still have something to say and something to aim for. As a guitarist, I love learning and getting better and improving and practicing. So, there’s a certain joy that keeps me involved. But also, it’s been the fans that have supported our career and we’re growing still, so that’s been a nice thing to experience for such a long time.

With streaming platforms, music seems to have become more singles-oriented rather than album-orientated. How do you think that’s affected your writing?

TPM: Well, personally, I love how technology has changed music, even though I’m a fan of albums and the long form of what an album can be. Our band over the last two years have been in lieu of releasing albums, we’ve been recording a song and making a video for that every month, and we call it the "Monster’s Music Monthly.” So, we’re basically working in the world of singles a hundred percent now. I really like it because a song should be its own, individual thing. I look at it that way as a writer. So I like working this way, and it also keeps a feeling of freshness and being current because I can write a song tomorrow and have it appear next month. It’s really gratifying.

I read that you did a challenge a few years ago where you wrote a song every day. How’d you continuously find new inspirations and topics to write about?

TPM: Well, regrettably, part of the concept was that I was kind of writing it about news and current events. The downside of that is it can get politically charged. People can get upset. But the upside for me was that I got a lot of great music written, and I learned a lot about writing. I tend to be the kind of writer that I need to have a challenge or to be under the gun. I work a little better, so those things really help me to grow.

Do you still give yourself more writing exercises like that?

TPM: Yeah, I do personally, but it’s more for me about writing lyrics and having something to say. That’s usually where I put my biggest efforts.

Do you have any recent examples of other writing exercises you’ve been doing?

TPM: In a way, this "Monster’s Music Monthly" is one because I’m focusing on one song a month instead of every day. I seem to spend the same amount of time working on them [laughs].

Do you write all of the songs by yourself? How does the songwriting process as a group usually work?

I saw that you guys have been doing your own cruises for a couple of years now. Walk me through what those were like.

TPM: We just returned from our Danube River Cruise. We did two weeks. Two separate tours of one week each, back to back on a riverboat that holds about 120 people I think. So, it’s a small group, but it’s a very plush scenario. Being on these boats are really nice. The trips are a little pricey because of that, but it’s a really special bonding experience. A lot of new friendships are made for the band. It’s great to have a deeper connection to our fans.

Are there stops that you all get off and do touristy things together?

TPM: Yeah. Every day you’d stop in a different town. It went from Prague to Budapest. We’d stop in Sienna and several different countries. And that’s just one trip. We do Caribbean trips. We went to Positano–the coast of Italy–and Hawaii. We enjoy traveling. It’s a lot more fun than some of the bigger cruise ships that have 1,500 people. I’ve done those too. I’ve done a couple of the blues cruises, but one of the nice things about this is the intimacy of it. It’s just a lot less dorm-y.

Do you think you’ll continue to do the cruises every year?

TPM: We’re gonna take this year off. It’s kind of nice because people don’t know exactly when we’re gonna do them. So, we don’t do them every year. We like to wait and not excel too deeply into a pattern, but sometimes they’ll be a couple years back to back. We haven’t determined when our next one is going to be yet, and it’ll take a couple years to plan it. So, it’s at least a year or two off.

You’ve released covers of songs by The Beatles, Bob Dylan, and Jimi Hendrix, will we get to hear any of those at the live show?

TPM: Yeah, I play about two to three covers a night in our set. I’m a songwriter, so I love being able to play our songs. But, it’s kind of like all folk music to me. We share this common knowledge of our musical past, and it’s neat to have fun with the covers for sure.

Any new songs or albums coming out soon?

TPM: The “Monster’s Music Monthly” is coming out on the first of the month. It’s gonna feature our new song called “Slappin’ the Beat.” Every month is a new song and a new video. The songs are released on iTunes, and they’re available on Spotify and other formats like that. That’s sort of how our career works now. 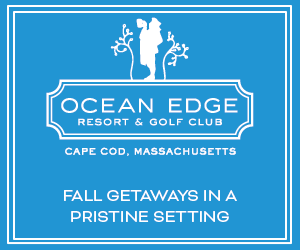