Boston alternative rock band Guster talked conversationally throughout their whole set to the giant audience that swarmed to see them perform on the Delta Blue Stage Sunday afternoon.

As if the crowd were old friends the band were meeting up with at their set, members of the band spoke to the audience, making them laugh hysterically. Lead singer Ryan Miller wished the audience well, seeing as it was almost 85 degrees by the time Guster took the stage. “Stay hydrated, everyone,” Miller said as the band was leaving the stage after soundcheck.

Miller also shared with the audience the utterly hilarious story of how he ordered a full outfit for Boston Calling.

When the two-piece suit came in, he realized that, while the pants fit, the suit jacket definitely did not. “It’s my inaugural run with these pants,” he laughed. However, in lieu of the ill-fitting suit jacket, Miller decided to embroider his own shirt. Some backstage told him, in response to his revaluation about his handiwork, “Yeah, you definitely made that shirt.”

At least the pants were sick.

The band also commented that they were so grateful to be playing at the festival, even if they were the oldest act by “a factor of 20 years,” said Miller. “I feel like Grandpa Homer,” he said.

Jokes aside, Guster’s performance was absolutely incredible. They broke out a trumpet, the bongos—all the stops to make their set a truly enjoyable performance.

They played some fan favorites, as well as some songs off of their newest album Look Alive, including hit single “Overexcited.”

Oh, and they also mad this interesting tribute speech in honor of the “fallen heroes” of the Harvard Football team. 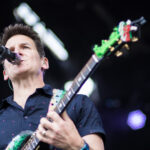 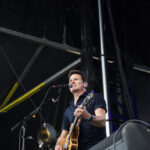 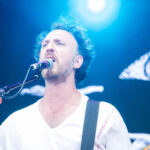 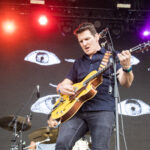 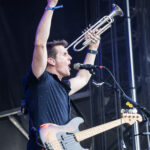 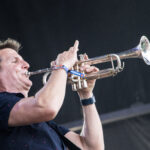 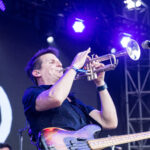 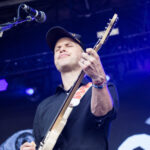 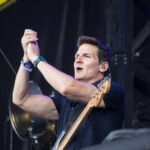 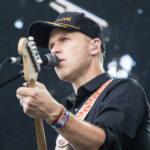 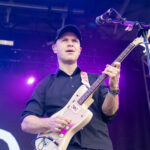 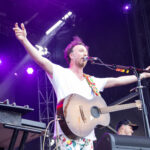 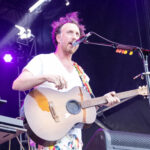 Weekly News: Where Do Democrats Stand After DNC