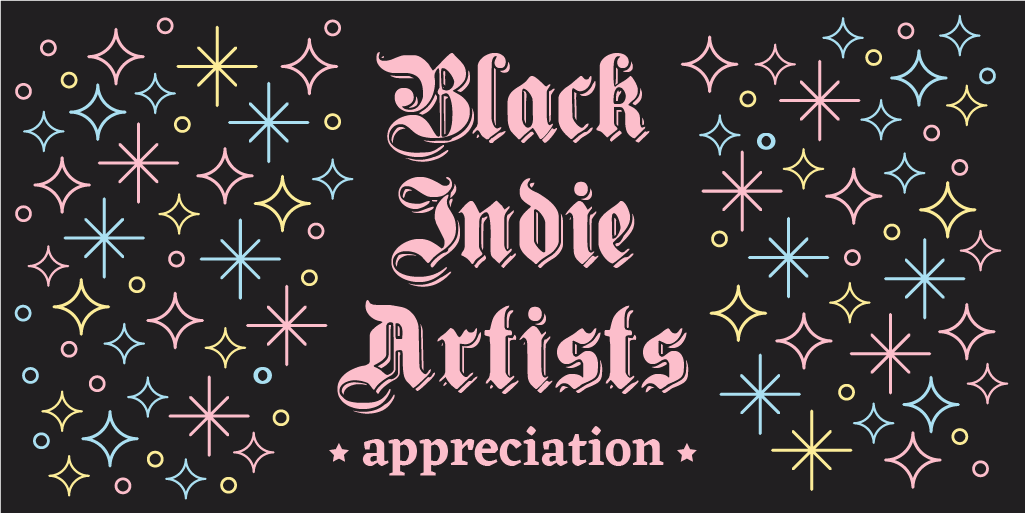 In the face of recent racial injustice, it's important to uplift the people we're fighting for. Juneteenth is an official Texas holiday that celebrates the liberation of enslaved Texans nearly 160 years ago. However, people all over the country celebrate this part of Black history. In memory of June 19th, 1865, Black people's contribution to indie music will be honored. Within the realm of indie music, Black artists have added their own unique styles to tradition genres like blues, rock, and soul. To help you celebrate Juneteenth, we've compiled a list of just some of our favorite Black indie artists to keep you grooving all weekend long.

Christone "Kingfish" Ingram brings in a blues revival with the release of his debut album Kingfish in 2019. Usually, melancholy is a standard theme in blues music, but Ingram changes that in his song "Listen." The Kingfish track, featuring Keb' Mo', has a relaxed and cheerful sound to it. Ingram and Keb' Mo' sing about feeling someone's love everywhere they go, and it makes you want that feeling too.

Check out Kingfish performing in our live mix studio here!

Alabama Shakes lead singer Brittany Howard went solo when her studio album Jaime came out in 2019. Since her great-uncle played bluegrass music during her childhood, most of Howard's songs in the album have blues influence. Jaime specifically explores themes of closeted homosexuality and overt racism, but "Stay High" is about love and happiness. Howard sings about the euphoria she feels when she's around her loved ones. She mixes her roots-rock melody with her blues vocals to make the song sound relaxing and joyful.

Laetitia Tamko became Vagabon in 2017 with her debut album Infinite Worlds. Two years later, the Cameroonian-American singer released her sophomore self-titled record. Her performance in the song "Every Woman" is especially exceptional. The tune has a mellow sound with the strums of the guitar, and has African influences in the melody. Tamko's voice is smooth and pleasant, but her message is powerful. She uses her soft sound ironically, so her lyrics highlight the strength that she believes women have in spite of the oppressions before them.

"You Ain't the Problem" – Michael Kiwanuka

British indie rock musician Michael Kiwanuka finds influence for his own music in both his Ugandan heritage and rock bands like Nirvana. His song "You Ain't the Problem" is the first on his 2019 album KIWANUKA, and is a more vintage-based tune. It reminds you of Earth, Wind & Fire, but Kiwanuka adds his own style. "You Ain't the Problem" mixes rock with jazz and soul, and it inspires hope and peace.

London-based poet and singer Anais Marinho made a breakthrough as Arlo Parks in 2018. Influenced by novelists like Sylvia Plath, Parks expresses her emotions through music. Her song "Eugene" talks about her unrequited love for a best friend. This recent release is heartfelt and bittersweet, as Parks compares her relationship with her friend to her friend's relationship with this Eugene.

Lianne Barnes is another London-based artist who launched her career as Lianne La Havas. Black women artists with strong voices, like Ella Fitzgerald, made La Havas feel inspired to create her own music. She released her album Blood in 2015. Her voice is reminiscent of Alicia Keys as the first track, "Unstoppable," is drum and vocal-heavy. This track from Blood makes you feel the power of La Havas' voice, and you can't help but groove to it.

Todd Michael Bridges started his neo-soul career as Leon Bridges in 2015. Growing up, Bridges was in awe of Sam Cooke and decided to continue that style of soul in his career. In 2018, he released his album Good Thing. His track "Bad Bad News" highlights his journey in the professional world. He sings about overcoming barriers to shine in the R&B and soul industry. The uplifting message and upbeat tune make you want to join in Bridges' glory, despite the struggle.