BLACKBERRY SMOKE TOOK THE STYLE STAGE JUST AFTER SOME RAIN LET UP AND BEFORE THE CLOUDS HAD A CHANCE TO CLEAR.

The seven musicians on stage— including three guitarists and three vocalists— delivered a tight, roaring set. Every musician played their hearts out. With elements of rock ‘n’ roll, blues, and country, the band sounded as classically old school as they dressed.

EVEN WITH SO MANY MUSICIANS ON STAGE, THE BAND PLAYED LIKE A PERFECTLY SYNCHRONIZED UNIT.

The strong vocal harmonies were a highlight that drew nearly the entire crowd into singing along.

The numerous Deadheads in the crowd—who made themselves known by their t-shirts and tattoos—enjoyed the Blackberry Smoke’s extended guitar solos and jam sessions. Blackberry Smoke might not have had the same dreaming aura as the dead, but their jamming definitely scratched a similar itch.

Among fan favorites like “One Horse Town,” Blackberry Smoke did a quick genre switch for a cover of Bob Marley’s “Three Little Birds.”

It was an unexpected but welcome shift that added even more variety to the band’s blues/country combo.

For one of the set’s highlights, Blackberry Smoke stripped back to acoustic guitars and mandolin. The peaceful sound and idyllic, hippie lyrics made the festival feel sunny despite the looming clouds.

Blackberry Smoke was able to restart the day’s momentum after a brief rain delay. By the end of the set the sun and the festival energy had made a full return. 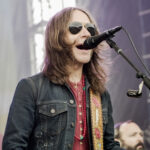 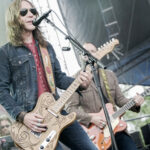 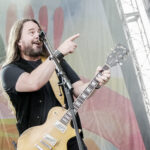 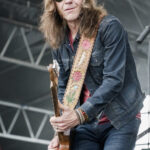 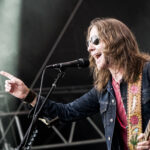 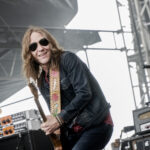 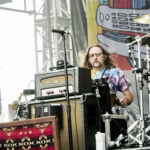 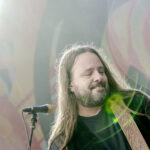