Nobody was Still with Bad Luck at ONCE Ballroom

Performing at ONCE Ballroom in Somerville, Bad Luck showed the audience that music isn’t just their hobby as they rocked out. They put their all into the performance and again showed the power that smaller bands possess.

By just looking at the band one would think they’re soft alternative indie boys singing about girls. Yet lead singer Dominick Fox has an unexpected voice, one that strikes a new listener and instantly gains their attention. He intensely screams into the mic, his invigorating voice fueled by raw emotions as he passionately lets the words out.

As Bad Luck finally hit the stage after their two openers, their fans seemed to be vibrating with excitement. “We’re Bad Luck.” Fox mumbles before diving into their electrifying set. The crowd loudly sang along to every word of every song, rocking away as they connected with the band. The mood of the night was set with “King of The Hill ‘98” off of their debut 2004 album. The song served as an anthem for the band’s style. It was clear that the song means a lot to the singer as his chest fervently rose up and down while singing of his past relationship with suicidal thoughts. As Blaine desperately cries “I don’t want to die,” the crowd echoes it back, showing their love and support in the best way possible.

Even with their slower songs, the energy in the room was still high

After consistently rocking out and screaming for four songs straight, the band took things easy. Fox slowed and eased the high spirit in the room with “Love Song.” It’s the type of song that someone would initially mistake the entire band’s discography to sound like. Fox croons over looking forward to spending the rest of his life with someone that he loves. Out went the bold guitar with heavy drums and in came wholesome lyrics that put a smile on everyone’s face. A couple stood closely holding onto each other, smiling and swaying along to the emotion Fox evokes in the room.

No one was still during “Noise in Your Head”—a song from their 2015 EP of the same name. The song is just purely enjoyable. Everyone from fans, to ONCE staff, to the opening acts all couldn’t turn their attention away from the performance. The song is about taking time to figure out who you are and depends on a special softness of the instruments. The feeling of nostalgia is evident in Bad Luck’s music which perfectly aligns with the early 2000s punk-rock era.

Fox and the crowd screech “Get me the f*** out of Florida!” at the same time

The band was originally based out of Florida and bonded over their love for punk music. After many EPs and one album, the band has officially found their sound and stuck to it. They’re heavy on the guitar as it flows along to and heightens Fox’s impressive vocal ability. On “Cold Bones” Fox reflects on his younger years. He laments over his past, regretting how much he tried changing himself with lyrics that hit home to everyone. The song, like their others, resonates with fans as it brings stimulating feelings of adolescent angst to the stage.

Though the band seems fairly young and new, they’ve been performing together since 2006. While tuning his guitar, Fox takes the time to thank the audience for coming out. One fan screams “I saw you eight years ago!” to the entire band's delight. They all smile as such a tender moment is shared with a loyal long-time supporter. This is something that smaller bands get to experience in a way that international rockstars might never understand. Bad Luck has been together for 13 years and they just released a new EP, Drug Phase on March 29. Hopefully, this is a hint that the band will stay together and continue releasing music for even longer. 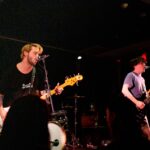 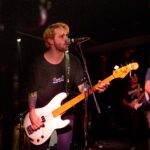 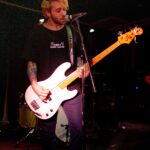 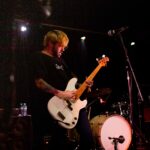 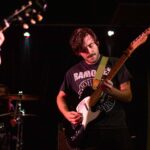 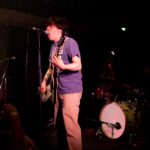 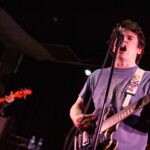 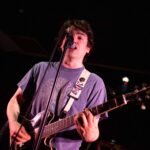