At the Sunaana Music and Beer Festival, 88.9’s Alex Waters managed to sit down with headlining act and popular Icelandic singer Axel Flóvent. They talked about his favorite Bon Iver record, plans for the future, and how he’d love to tour with the 1975 in a perfect world.

ALEX: Let’s start from the start – obviously, your music derives from folk music, but I know that you refer to it as “modern” folk music. Where’s the distinction?

AXEL: For me, I don’t really have a clear definition of what I mean by “modern,” but I just like to think about it as some kind of modern folk. It’s definitely not traditional folk. I often talk about it as indie folk, and that’s kind of what it is, but it just comes from this acoustic background.

ALEX: What artists inspire you when you create your music?

AXEL: There’s no specific artists that inspire me on a loop, in a way. It’s more like a time period. Now I’m into these few modern re-created-80’s-sound types of bands and I don’t know where that love comes from. I feel like it could be like in my childhood when my parents were listening to Phil Collins, Genesis, and it just gives me some kind of feelings from the childhood or something. I’ll hear some new sounds in it as well, but it’s still 80’s and comfortable, and that’s what I’m into now.

When it comes to real inspiration… I always listen to that first Bon Iver record, For Emma, it’s something that I always go into. I’ve written so many notes about the writing process of that record, and how everything’s so quick.  The verses are always just two lines, the chorus two lines, he’s really quick with it. And I used to think, before I structured it, there’s no pop structure in this. But it’s totally pop structure, it’s just quicker, in a way.

AXEL: So, that record really inspires me.

AXEL: It’s from the second record, “Beth/Rest.” That’s my all-time favorite. It’s the perfect mix for me.

ALEX: So, let’s talk about live performances, since after all, we’re at a music festival. What’s your approach to performing your music live?

AXEL: I love it. I don’t do it enough. I want to do it constantly, but I’m not at the stage where I can do it constantly yet. So I can’t wait! I’ve never done it in a way that I’m totally satisfied with the setup and everything. I’m excited to evolve in the process, but the only way that I really can evolve and work on it is by doing it. So I’m just waiting for the moment when we can go on tour properly and not do the thing where we go on a two-week tour and then we don’t play for three months. I just want to do it more.

ALEX: Sure. So even though you haven’t gone on a full, proper tour, you’ve definitely played some important dates. I know you’ve gone to SXSW, you’ve played Reykjavik Calling with WERS. How does Sunaana fit into that picture?

AXEL: It’s definitely up in the same field. So many enthusiastic, music-loving people working on a festival, working as a representative for Icelandic music. It’s very important. It’s kind of a stepping-stone, in a sense, and it’s a very good push, in a way. I’m really happy to be a part of it, because it feels like a good start of something nice and up-and-coming, definitely.

ALEX: Definitely. So you’d be back next year?

ALEX: I guess the question now is probably, what’s next for you?

AXEL: I’m releasing an EP this summer, and next is probably the EP and the hopefully we can go put on a tour after that. When we officially announce the EP, we’ll probably do that when we have the recordings. I’m going to the studio next month, so it’ll be in the next weeks when we can finally announce stuff and make a proper plan for everything. Once we’ve done that, I feel like we could do good planning around the tour, and hopefully some more festival offers for the summer. So yeah, the EP and then hopefully the album later this year, or early next year.

ALEX: In a perfect world, if you could go on tour and money was no object, who would you go on tour with and where would you play?

AXEL: Yeah, so it wouldn’t make any sense for me to support them, but still, it would be such a big dream, and in a perfect world, touring with them would be amazing, I think. That would just be a huge dream.

ALEX: And where would you cap off the big tour with the 1975? What city would you go to?

AXEL: I would love to do a proper US tour. It’s kind of the only place in the world where you can just explore such a variety of states in the ‘States. They’re kind of like countries, because everything’s different. That’s something I would really dream of. Australia and New Zealand is high on that mark, too. So in a perfect world: Australia and New Zealand with the 1975. 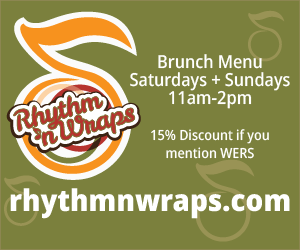