Jillian Banks, or BANKS, has returned to the charts for a third time with the release of her newest album, III. Five years have passed since the release of her first album, Goddess. During that time both her sound and attitude evolved; Banks' exploration into the dynamics of her own relationships in her songwriting reflects her ever-changing feelings, as well as the duality she faces in loving herself and others.

The genre-bending artist attaches herself to many sounds; R&B, electronic, pop, alternative, dance, the list goes on and on. This, as well as her versatility, haunting voice, and songwriting abilities, are what caught the attention of British label Good Years Recordings. She went on to earn a contract with the label while she was obtaining her bachelor’s degree in psychology at USC in 2013. Banks' EPs, Fall Over and London, which featured “Before I Ever Met You” (which was played by DJ Zane Lowe on BBC Radio) and “Waiting Game” were her first releases. They both obtained recognition from Billboard, MTV, BBC, and other major publications and ultimately catapulted the artist into the industry with over 10 million and 60 million streams for the two singles on Spotify.

In the same year, Banks caught the attention of none other but the Weeknd, the famed Canadian R&B artist. She went on to open for him on two separate tours in 2013 and 2015. After their first tour, a Coachella performance, and a Jimmy Kimmel show she released her first album, Goddess, in 2014. The album is a defining introduction for the musician. The project showcases her vocals, unique production techniques, and her emotional and often heart-wrenching lyrics. The album went on to debut at number 12 on the Billboard 200 and sell 25,000 copies in the first week alone.

In the next two years, Banks went on to tour again with the Weeknd and release singles, “Better” and “F**k with Myself” in preparation for her second album, The Altar. In an interview with Noisey, Vice’s music channel, Banks described her conflict between self-criticism and self-love as the inspiration behind “Fuck with Myself.” The two singles represent the duality of BANKS and the extremities one feels after a breakup. One is a power anthem and the other a sultry, vulnerable ballad. The themes of conflict, opposites, and heartbreak are present in these singles as well as all of her projects. Banks released The Altar in September of 2016,  with it debuting on the Billboard 200 at number 17. The release spurred a world tour, songs featured on shows like Empire and Grey's Anatomy, and a collaboration with R&B singer, 6lack.

Three years after The Altar, Banks released her long-awaited third project, III on July 12, 2019. It is perhaps her most unique and refined album. It encapsulates the singer's age (31) and how wise she has become since the naively romantic songs from her past. She's more confident, experimenting with jazz, club music sounds, and vocal distortion. However, there are key symbols that only fans of Banks would pick up on, such as her play on words ("Warm Water" from Goddess - "If We Were Made of Water" from III). Banks herself stated in a Tidal interview with Eli Enis, "I feel like this album is about going from being a romantic who’s a bit naive and hopeful to being a wise woman. But in between you go through pain and you learn people can lie and you learn those hard lessons that are quite painful."

Her single "Gimme" is a song with hard-hitting bass and a resounding chorus. It repeats, "Gimme/Gimme/What I want/What I deserve/Gimme/Gimme it." Then, her song "Contaminated" flips the script and discusses the idea of a tainted and complicated love. Lyrics include, "And I wish I could change it/And we're always gonna be contaminated/And oh, I know what we need/You start letting me go/Our love is tainted." This song feels like the old Banks with an overtly dark and sentimental sound. However, the strong piano and lyrics of finally letting toxicity go reflect the new era of maturity in Banks. She is learning to find the grey in black and white while not belonging to anyone else, and we're ready for her. 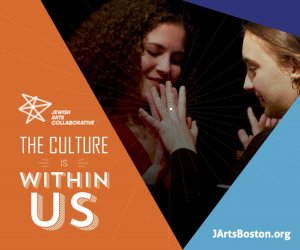