Speakeasy Stage, more than any other production company of its caliber in Boston, chooses its seasons with a laser-sharp focus on contemporary works. Especially in the realm of musicals--in a city where you can’t wave a stick without hitting a Sondheim show--Speakeasy is putting on consistently strong productions of new shows. It would be easy for them to pay bills by leaning back on the classics that sell tickets by name. However, Speakeasy puts in the time and care to make sure that newer material like “The Bridges of Madison County” and “The Scottsboro Boys” get the first-rate productions that they deserve as contemporary musicals. As a result, the Calderwood Pavilion often sings out with new scores you’re really not going to hear anywhere else, and their production of “Allegiance”--which opened on May 4th about a week after the cast performed in the Live Mix Studio--is no exception.

With a book by Mark Acito, Jay Kuo and Lorenzo Thione,

(and Kuo providing the music and lyrics), “Allegiance” is the dramatization of TV-icon George Takei’s childhood spent in the Japanese internment camps enforced by the American government after Pearl Harbor. With an irrational paranoia of spies amongst its Japanese-American citizenry, the FDR administration rounded up over 100,000 people of Japanese descent, relocating and incarcerating them throughout the western United States.

“Allegiance” focuses on the fictional Kimura family, with siblings Sammy and Kay facing internment along with their father Tatsuo and their aged Ojii-chan--the role Takei originated in the Broadway production. Of note is the fact that this is the first production of “Allegiance” where Takei is not part of the cast, and their May 4th opening was the first ever performance without Takei; he maintained perfect attendance in the Broadway, San Diego, and Los Angeles productions.

The internment of Japanese citizens is no light topic to tackle in a musical,

and while Kuo’s ‘40s and ‘50s inspired dance numbers pop at the Calderwood Pavilion, (there’s a reason musical director Matt Stern’s resume is a mile long; he’s among the best at what he does) the focus of “Allegiance” on a small group of conventional Broadway-style leads feels contrived and dissonant in the shadow of the subject matter. Further complicating this distorted focus is the exaggeration of camp conditions--while horrible and indicative of a major race problem in America that has yet to fully fade, the nature of the camp is embellished and liberties are taken in order to raise the stakes of the plot.

The militaristic presence of violence as seen by the gun-toting, fist-throwing guards (in a knowing nod to America’s homogenous view of Asian-Americans, all white male characters are played by a single actor, Ryan Mardesich) has no basis in the historical fact of the camps, where firearms were absent within the camp perimeter and the resistance was much more above-ground and open than the musical implies with its firebrand, “Les Miserables”-style aesthetic.

notably Maury Yeston and Peter Stone’s “Titanic” and the recently-on-Broadway 9/11 story “Come From Away.” Both these musicals buck the age-old commercial trend of high stakes and structured character arcs, instead providing ensemble casts of and more nuanced portrayals of the humanity of these events. The evidence of the power of this kind of focus is seen between the seams of “Allegiance” in the strength of its ensemble characters, and that strength is thankfully highlighted in the Speakeasy production. We feel more of the suffering and the strength of these characters in quieter moments, rather than bloodier dramatic ones, thanks to the conviction and skill of the ensemble, with particular nods to Ron Domingo, Paige Clark, Ben Oehlkers, and Elaine Hom.

That strength still applies to the performances of the principal leads,

even if the focus on their characters is misplaced. Sam Tanabe, having been a swing in the Broadway production and no stranger to the demands of Sammy Kimura’s role, pulls off patriotic fervor with aplomb. Grace Yoo and Gary Thomas Ng form the essential heart of “Allegiance” as Kei and Ojii-chan, with Ng exuding extra dramatic breadth in his additional portrayal of an older Sam. Melissa Geerlof, despite portraying arguably the character most mishandled by the script, brings power, humor, and heart to every moment she shares with the other characters.

Michael Hisamoto plays the one character directly based on a real-life figure:

Mike Masaoka, head of the Japanese-American Citizens League, and widely criticized for his public support and level of cooperation with internment. Hisamoto aces his text, providing a nuanced and riveting portrayal of a man trying to make the best of extraordinary circumstances. His final speech, where he claims he did what he thought was best at the time, is made even more heartbreaking through director Paul Daigneault’s particular staging. On the more musical side of things, Tyler Simahk (a recent alum of Emerson’s musical theater program) is ironclad as Frankie Suzuki, Kei’s love interest and the passionate resistance leader. Clear-voiced, charismatic, and convicted, Simahk steals every scene he’s in, with his Masaoka-mocking “Paradise” sticking out as the show’s most memorable number.

Despite the faults of “Allegiance”, there is a responsibility for us as theater artists to produce it and to give it the time and talent it deserves. It is contemporary work, and in an age where Broadway ticket prices are surging and the difficulty of keeping up with live performances of relevant contemporary shows is rising, production companies like Speakeasy Stage have an obligation to make sure that Boston has the opportunity to see it done well. Luckily, Speakeasy rises to that occasion yet again with this production. 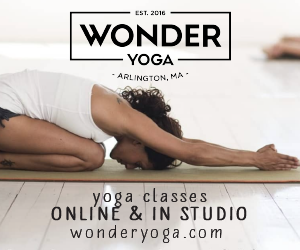