On Saturday, November 2nd, the staff at 88.9 WERS and all of our incredible guests gathered together to celebrate 70 years of listener-supported public radio at the Paramount Center. A night several months in the making, this party was bound to be a wicked good time from the start, and it sure didn’t disappoint.

The night kicked off with a VIP Party full of special guests and listeners teeming with excitement.

As a classical band, bathed in soft purple light, played in the corner of the room, guests mingled with one another. Just outside the VIP party room, Morning Host George Knight, Afternoon Host Phil Jones, News Coordinator Leah Jablo, and Production Coordinator Adam Khoury sat casually at one of the tables in the lobby, broadcasting live to all of our listeners who couldn’t make it to the party. If you happened to walk by them doing their broadcast, you’d probably think they were just having a grand old time, and not bringing the 70th Birthday Party to our thousands of listeners worldwide.

He mingled among the guests like he was just another attendee, and then spent a great deal of the party signing posters and conversing with fans.

Toward the end of the VIP party, the crowd gathered for a special toast to WERS. A commemorative video of photos from our Alumni Archive played onscreen for all of the guests. In the video, General Manager Jack Casey, Operations Manager Howard “D” Simpson, and Board of Directors Member Doug Herzog spoke of their time at WERS, and how much the station meant to them both career-wise and on a personal level. There was an abundance of laughter, smiles, and even some happy tears while all of the guests raised their glasses to 70 years—and many more—of WERS.

With the VIP party ending, the remainder of the birthday party crowd poured in from the street and into the lobby of the Paramount Center. The musical guests were the most anticipated part of the night, and everyone was ecstatic to begin the show.

When the lights went down, Phil Jones strutted onto the stage.

“I am a god/Of this I am convinced,” Jones quoted from Adia Victoria’s hit song “Dope Queen Blues.”

“Well, I’m convinced, too,” Jones said of Victoria, who then took the stage with two of her band members. The setup was considerably stripped down compared to her performance earlier in the year at Boston Calling, where she had a seven-piece band accompanying her. However, her set at the 70th Birthday was no less intense or incredible than back in May.

Pink and blue lights painted the stage as Victoria stepped to the mic and began her performance. Victoria’s music is deeply rooted in her signature brand of Gothic Blues. Yet, there’s something airy and light about her voice that perfectly contrasts the dark, deep tones of the instrumentals. Her voice is like a whisper. However, it carries an insane amount of power.

“It’s a real pleasure to be here with you tonight celebrating, 70 years is a big deal,” Victoria said after her first song. “Thank you for playing independent artists, that’s important,” she added.

After almost every song in her set, Victoria spoke to the audience about the inspiration behind each piece.

Before playing the song “Cry Wolf,” Victoria shared that the song was about Sylvia Plath. She also noted it was written after she shaved her eyebrows off.

“I was feeling some type of way,” Victoria laughed. “I asked myself, ‘What would Sylvia do?’ and she would say, “Pick up your pen.’”

Victoria’s set was full of both that dark humor and the dark, moody vibes of her music. Before leaving the stage, she fist-bumped her pianist, thanked her band, and thanked the crowd for their kindness.

Then, it was finally time for the moment everyone had been waiting for: Nick Lowe took the stage.

The audience stood to welcome the living legend on stage. Lowe walked out with his guitar, another cup of tea, and… a random piece of paper. We’ll get back to that.

Lowe jumped right into the music, starting off the set with his song “People Change.” Lowe’s sassy, relatable lyrics made the crowd laugh; It felt as though everyone in the audience was sharing an inside joke with one another. Right off the bat, Lowe displayed just why he deserves to live among some of rock’s greatest legends; He showcased not just his incredible voice, but also his musical prowess.

“What a thrill it is to be back in the great city of Boston, but also to be playing this fabulous room, having been invited to this wonderful 70 years of broadcasting by WERS,” Lowe said after playing a series of songs in quick succession.

Lowe was quite the jokester throughout his set.

Lowe then picked up the piece of paper he brought with him on stage, showing it to the audience. “I’ve got this written program here, there’s something for everyone, ladies and gentlemen. Even the most disinterested audience member who found a ticket on the street and wandered in, even they would know some of these songs. There’s also some catalog stuff for the hipsters, too,” he said.

Lowe played for over an hour, making the audience forget about the outside world for a while. No one wanted him to leave the stage. Even as the concert ended, fans left the Paramount Center wanting more.

Thank you to everyone who made the 70th Birthday one of the best nights of the year. 88.9 is 70 years old because of the support from listeners like you! 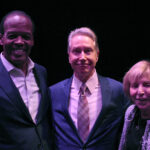 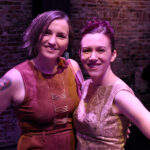 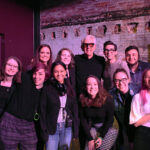 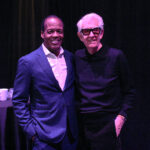 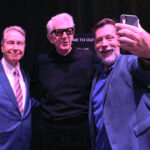 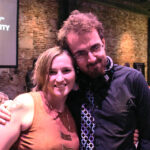 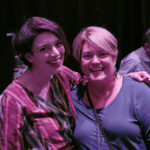 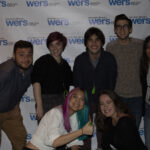 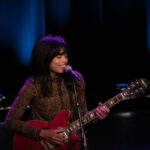 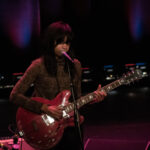 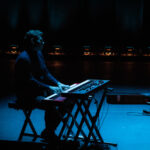 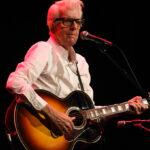 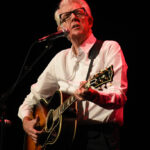 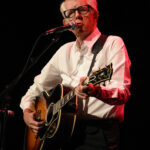 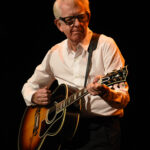 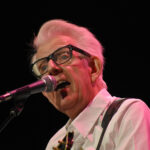 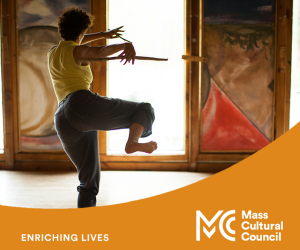