City and Colour at Boston Calling 2016. Photo by Ross Ketschke

City and Colour, alias for Dallas Green, did not disappoint this year at Boston Calling. In what could only be described as a memorable, spiritual experience, they kept the crowd captivated and well invested. Green made sure to start the set off strong, opening with “Woman”, the first song off of his latest album If I Should Go Before You. A decent amount of the songs that he performed were off of said album, but he made sure to keep a good balance between the new and the old.

The sun had gone down quite a bit making it much cooler outside, perfectly complimenting City and Colour’s more heartfelt yet somber songs. In attempts to offset this, midway through his set Green exclaimed, “Who brought their dancing shoes?!” The audience erupted, knowing that it was a good indication that hit “Wasted Love” was next on his list. Everyone danced while Green and his stage-mates rocked out, elevating the energy of the entire day. To keep the momentum going, he then played “Lover Come Back,” a new favorite among his fans and a meaningful one as well. There were lots of slow sways and passionate singing from the audience as Green performed throughout the entirety of his set.

There was little conversation in the crowd because most people were fully invested in the set. The minimal conversations that I personally overheard were based around what great fans they were, and how long they’ve been following his career.

Nearer to the end of his performance, City and Colour took the time to dedicate “Sleeping Sickness” to his good friend Gordon Downie. The dedication was an attempt to lift Downie’s spirits, and what better way to do it than with a song he helped create.

Closing with “Sorrowing Man”, Green made sure to belt his lungs out, which the audience loved. With a burst of applause as he held the last note, it is not hard to see why City and Colour has a dedicated fan base. 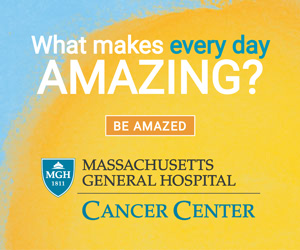